Although the report did not specify what kinds of products have been banned by Iraq, Baghdad had previously halted Iranian cement imports. One major reason given for the reduction is a difficulty in payment system caused by US sanctions, which will likely only get worse given new US sanctions on Iran.

Iran’s customs ministry showed in its latest statistics that non-oil exports to Iraq during the period March 21-April 20 equated to $389 million. In the previous 30-day period, this figure stood at $722 million.

This is a significant drop and the cause is unclear because no new sanctions came in during that timeframe, although tensions between the US and Iran had risen significantly, with the US eventually removing sanctions waivers on exports of Iranian oil on May 2 and Iran threatening to attack US forces and close a key shipping strait in the region.

In the Iranian year that ended on March 20, 2019, Iran had exported almost $9 billion of products to Iraq, a jump of 37% compared with the previous year. This is likely related to Iran being one of only nine countries granted sanctions waivers on Iranian oil (and the only one that still has a waiver in place). Iran’s sale of electricity and natural gas to Iraq was roughly  $3 billion during the last Iranian fiscal year.

Roughly 25% of Iran’s total exports go to Iraq, making Iraq the second largest market for Iranian exports, just after China. In fact, before the US pulled out of the 2015 nuclear deal last May, Iran and Iraq were projected to have $20 billion annual trade.

Iranian officials have been floating the idea of increasing their trade with Iraq in recent months, in order to counter the effect of US sanctions that have devastated Iran’s economy.

However, this may not work as the US seeks to increase its relationship with Iraq. Earlier this week, US Secretary of State Mike Pompeo took an unplanned visit to Iraq to reassure their leaders that the US stood ready to help them evade Iranian interference in their country. 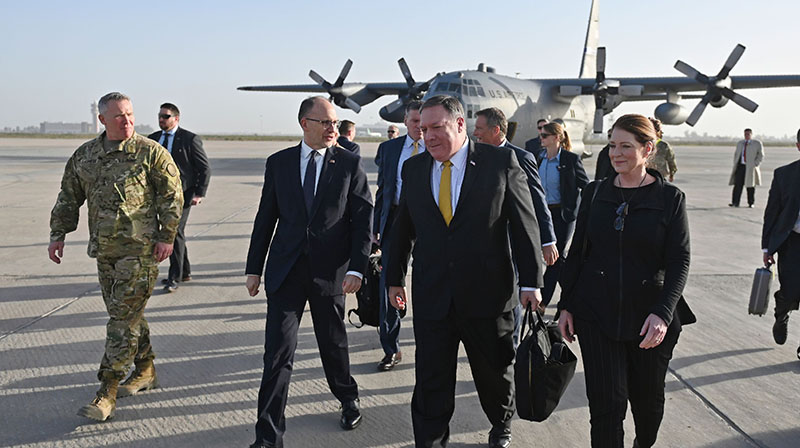