On Wednesday, the Iranian government announced its intention to immediately limit its compliance with the Joint Comprehensive Plan of Action, setting the stage for a resumption of higher levels of uranium enrichment in 60 days if the other remaining signatories do not take adequate steps to provide Iran with economic benefits under the deal. Representatives of the United Kingdom, France, and Germany, as well as the European Union, responded to this announcement by urging Tehran to reconsider, but made no apparent move to bow to the pressure.

In recent months, Iran has criticized the EU and member states for an apparent failure to stand up to the US in the face of rising levels of economic sanctions and diplomatic pressure. Much of this criticism has focused on the establishment of the Instrument in Support of Trade Exchanges (Instex), a joint venture of the UK, France, and Germany which is ostensibly designed to facilitate transactions with the Islamic Republic in defiance of the US sanctions. But although the mechanism was formally established earlier this year, it has yet to become active, and there are serious doubts about its practicality.

There are problems for the function of Instex on both the Iranian and the European side. In the first place, Iranian compliance with the anti-money laundering standards of the Financial Action Task Force has been presented as a prerequisite for its operation, partly because such compliance would be expected of any financial institutions the mechanism relies on. But Tehran has not acknowledged this issue, even as a revised deadline for compliance looms at the end of next month.

But regardless of whether Iran meets the new deadlines, Western financial institutions and those that have dealings with the American banking system will presumably remain wary of participating in the Instex scheme out of fear that they may come under penalty from the US. Secretary of State Mike Pompeo stoked those concerns on Wednesday in a joint press conference with British Foreign Secretary Jeremy Hunt, in which he insisted that the mechanism for transactions with Iran would not matter, as long as those transactions fell outside the scope of humanitarian exemptions written into US law.

A day earlier, US Energy Secretary Rick Perry conveyed a more general warning to US allies and financial partners. “The smart message for our friends and allies around the world is: ‘don’t do business with this people until they understand that there is a way to that you conduct yourself in the global community,’” he said in a CNBC interview that emphasized the American posture on display with the deployment of a US aircraft carrier to the Persian Gulf in response to Iranian threats.

While it remains unclear whether the European signatories to the JCPOA share Washington’s perception of the seriousness of those threats, their response to Iran’s ultimatum suggests agreement with the broader message about the regime’s failure to conduct itself properly on the global stage. Accordingly, even as French President Emmanuel Macron insisted that it was imperative for the relevant parties to work toward preserving the JCPOA on Thursday, his recommendations focused on convincing the Islamic Republic to maintain its own commitments, rather than appeasing it with additional incentives for doing so.

As the Associated Press reported, Macron continued to express disagreement with his American counterpart over the value of the nuclear deal while speaking to the press before an EU summit in Romania. But at the same time, Macron echoed Trump’s sentiment concerning the need for a much more broad-ranging agreement that addresses Iran’s ongoing development of ballistic missiles and its destabilizing role in the surrounding region.

An underlying unity of purpose was also essential to the message of the Pompeo-Hunt conference on Wednesday. The top American diplomat emphasized that the US and Britain were “on the same side” concerning the need to address Iranian threats and promote the Iranian people’s freedom from a repressive theocratic regime. Hunt said much the same thing, acknowledging that differences between the two countries were limited to “a different approach on how best to achieve” similar goals. 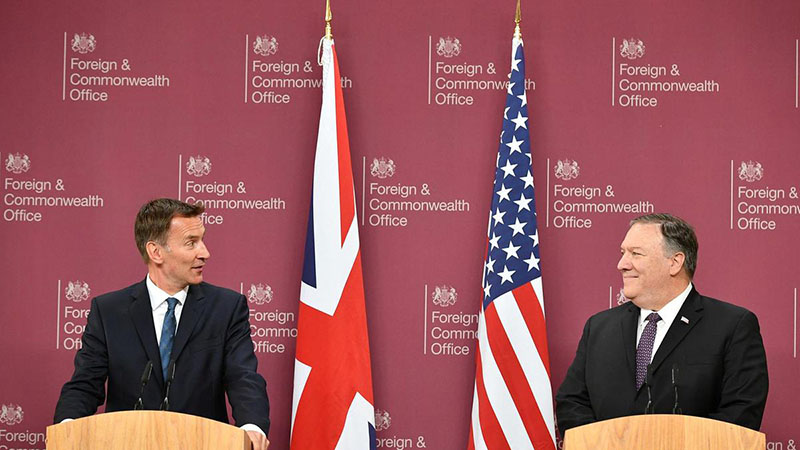 All of this public commentary constitutes support for headlines like that in UPI which declared that the EU and the three European signatories to the JCPOA have rejected Iran’s demands concerning that agreement and the issue of US sanctions. That report quoted a joint statement by these three governments and one multinational body as saying, “We reject any ultimatums and will assess Iran’s compliance on the basis of Iran’s performance regarding its nuclear-related commitments under the [nuclear deal] and the [Nonproliferation of Weapons Treaty].”

In addition to teasing its possible withdrawal from the JCPOA 60 days after the announcement of its ultimatum, the Islamic Republic has also threatened that it may pull out of the nonproliferation treaty, as well. Foreign Ministry spokesman Abbas Araqchi suggested that such threats were features of a strategy to meet “maximum pressure” from the US with “maximum resistance” by the Iranian regime. But as the immediate European responses indicate, this strategy may put Tehran at risking the crucial support that it now enjoys among European partners.

The specific details of those responses varied, but as Reuters reported on Wednesday, the French government has acknowledged the possibility of either unilateral French sanctions or collective sanctions by the entire EU if Iran ultimately reneges on the JCPOA. Agence France-Presse noted the following day that French army minister Florence Parly had reiterated this point, while the British Foreign Ministry spoke more vaguely but still warned the Islamic Republic of “consequences” for actions in defiance of international will. 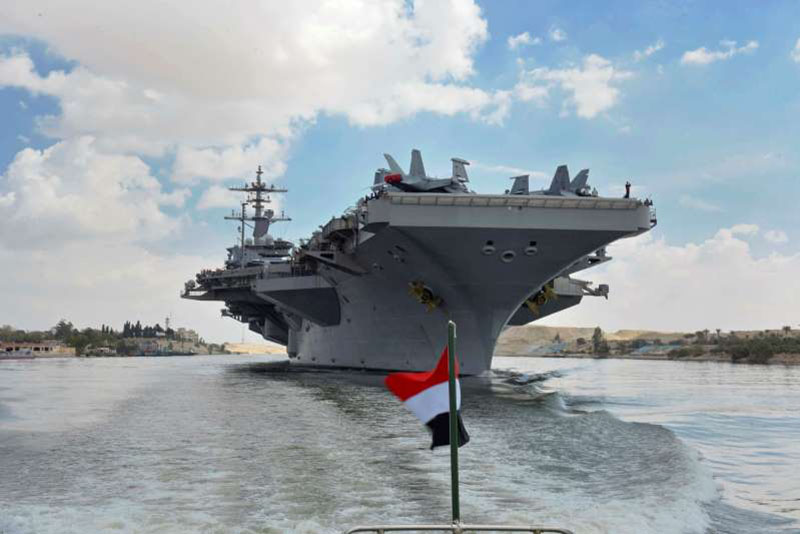