In this respect, a supporter of the Mojahedin-e Khalq (MEK/PMOI) provided a moving report about the spread of illness in this province. The source preferred to be anonymous. Notably, the report is relevant to Wednesday, March 4.

“I am from Khuzestan, but now, I work in [Bandar-e] Kangan. The corona[virus] has been extended everywhere, but [officials] announced Bushehr is the sole place that remained safe from [COVID-19]. Of course, they announce in [the state-run] media, but we are witnessing [the symptoms of corona] in this area.” 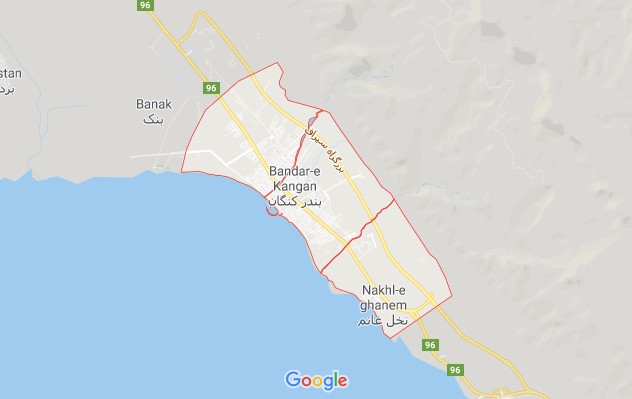 The source also pointed out the economic importance of Bushehr province for the mullahs, saying, “We, who are working here, know the [coronavirus] has come to this province. Today, my partner narrated, ‘Employers shut down the thirteenth phase due to illness among several workers.’ However, [officials] don’t inform the people. They conceal the news because [this province] is one of the economic poles of the country. No worker certainly remains if they are aware the coronavirus has spread here. Therefore, [officials] falsely say that the virus didn’t come to Bushehr province.”

The head of the Medical Sciences University of Bushehr, previously, acknowledged that we didn’t track any coronavirus case in Bushehr province so far. Also, Bushehr governor Abdulkarim Gravand said that we have prepared the Khalij-e Fars hospital for therapy for the infected people with COVID-19, however, we didn’t have a positive test in Bushehr province.

However, activists reported that since Tuesday, March 3, at least twelve patients were hospitalized in the hospital due to their positive testing.

#CoronaVirusUpdate
While Bushehr governor claimed that they didn’t track any #coronavirus case in this province, reports provided by @Iranazadi1395 reveal at least 12 patients who had #COVID19 have been hospitalized in Khalij-e Fars hospital in #Bushehr, S #Iran! pic.twitter.com/zUqdN8TZ1d

Besides the news about the coronavirus outbreak in different cities, the people suffer from a lack of basic precautionary items such as face masks, gloves, and disinfectant gel. In this context, many citizens spend hours in front of pharmacies for a few masks or gels, which has prompted public anger against the mismanagement of the mullahs in this emergence state.

Nonetheless, there were reports over exporting a huge cargo of face masks from Bushehr port. An activist uploaded a video in this respect, saying, “Given that we are exporting hundreds of packages of masks abroad, we shouldn’t certainly fall in shortage of face masks. Because we had enough masks that enabled us to contribute to other nations!”

Bushehr, S #Iran
Voice says boxes are filled w/ masks for export out of Iran. Hopefully Bushehr Province will not face a mask shortage, he says.
Two others at the site ask him to not take any footage.#CoronaOutbreak

The fact is the Iranian regime not only did not take necessary actions to control the virus outbreak, but also its profiteering institutions which are linked to the government abuse this situation to line their pockets at the expense of the people. This inhuman behavior will undoubtedly be responded to by Iranians who are the main victims of the mullahs’ corruption and opportunism.