On the evening of March 1, the People’s Mojahedin Organization of Iran (PMOI /MEK) announced that the death toll from coronavirus has exceeded 650 until 8:00 pm local time. The PMOI/MEK stated that it has gathered the number relying on its domestic network, which is extended across Iran. Later, on March 3, the PMOI/MEK renewed the death toll announcing that as of 8:00 pm local time, the death toll nationwide from Coronavirus had exceeded 1,300 lives. However, recent reports revealed new scopes of the heartbreaking tragedy in Iran. On March 5, the PMOI/MEK announced that over the past 24 hours, at least 200 more people have lost their lives from Coronavirus in cities including Tehran, Qom, Rasht, Mashhad, Kashan, Ramsar, Sorkhe-Hesar, Yazd, Zanjan, Gorgan, Gonbad, Urmia, Tabriz, Maragheh, Damavand, Dorcheh, Rudsar, and Qazvin.

“The number of victims in Qom has exceeded 400, and in Gilan, at least 154 have died. The extent of the catastrophe is to an extent that Abdolkarim Hossein-Zadeh, member of regime’s parliament admitted, “The pile of dead bodies in Qom and the helplessness of the people of Rasht are evidence of failures in notifying and alerting the people about the virus outbreak in a timely manner.”  In Golestan province, 70 people have died from the virus, in recent days, based on reports. In the city of Kermanshah, a cemetery manager says, 85 corona victims, have been buried in the cemetery. The Ferdows Cemetery in Kermanshah is also under the IRGC and Basij control and the bodies are buried overnight,” PMOI/MEK sources from hospitals and medical centers acknowledged.

The information was raised while the Iranian regime claims that there are 4,747 confirmed cases in Iran, including only 124 fatalities. It is worth noting that the mullahs were concealing the reason for the Ukrainian Airliner crash in January for three days so that the Revolutionary Guards (IRGC)’s criminals could evade responsibility.

However, they won’t be accountable even after the admission by the chief of IRGC Aerospace Force about their role in killing 176 innocent passengers. Furthermore, the Iranian regime has yet to announce the official death toll during the bloody crackdown on the November protests, which raised skepticism that the genuine number is much higher than 1,500 victims.

Meanwhile, these days, many doctors and medical staff upload audio messages and footage about the real story of the coronavirus in Iran. They narrate shocking scenes about the viral outbreak in different cities and authorities’ attempts for covering up the truth.

On February 27, Dr. Behrouz Kalidari exposed new scopes of virus developments in a file on his Facebook account. “We have more than 12,000 virus carriers across Isfahan city, who don’t know themselves that they are carriers,” he said.

A day later, a female nurse who preferred to be anonymous unveiled a horrible part of the coronavirus outbreak in Iran. “I witness that the situation is much more horrible than what is reported in [the state-run] media… Yesterday, from morning to evening, in Shohada hospital in Yaftabad district [located in the capital] alone, 17 people died from coronavirus… Therefore, how is it possible that in TV channels, [officials] announce eight fatalities for the whole country! An expert said the mortality rate in Iran is more than 50-60 percent.”

Also, on February 29, Dr. Taqvaei disclosed the authorities’ path for deceiving the public in Noshahr city, northern Iran. “I don’t know why authorities ordered medical staff to announce heart failure and etc. as reasons for the death of people who had coronavirus… The hospital lacks the professional staff, we had only one expert in emergency affairs. Regrettably, [officials] sent the sole expert of our hospital to another city!” Dr. Taqvaei said. Notably, he was immediately fired after publishing the revelation on cyberspace.

Additionally, footage circulated on social media shows that the regime has provided special medical kits for testing members of the parliament [Majlis] and other governmental mullahs and authorities. 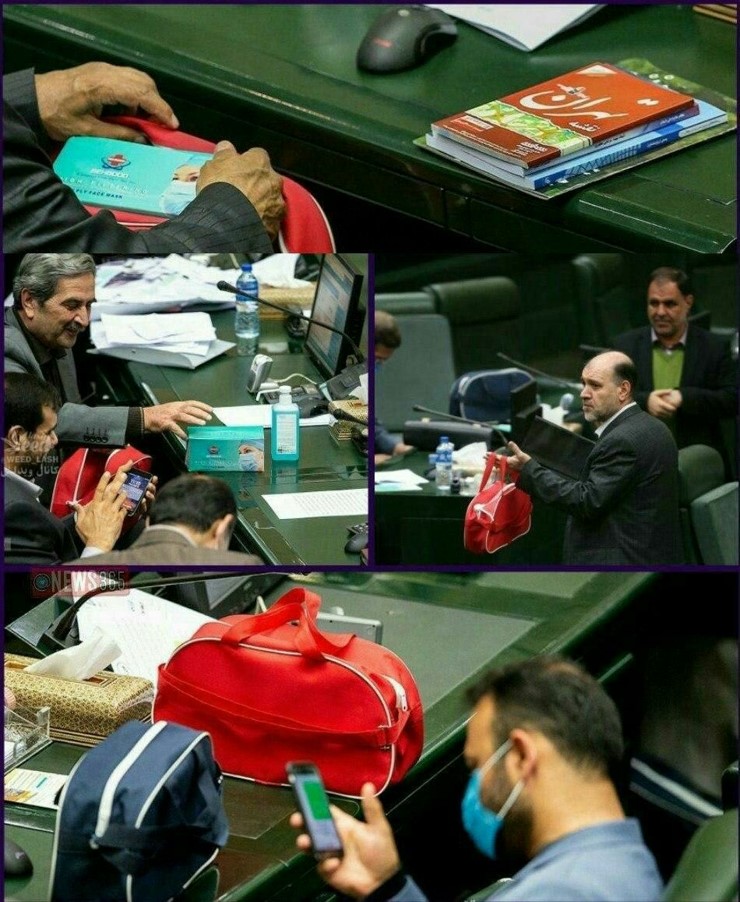 This contribution is taking place while the majority of the people are deprived of necessary items such as face masks, disinfectant fluid, and gloves and queues are extended to outside of pharmacies in Tehran and other cities. The fact is the monopolizing of the prevention items by the mullahs in addition to continuing flights by the IRGC-owned Mahan Airlines to China is another part of the systematic crime against the Iranian people.

In this context, Mrs. Maryam Rajavi, the President-elect of the National Council of Resistance of Iran (NCRI), called for the immediate dispatch of the World Health Organization (WHO) monitoring and treatment missions to Iran. “The death toll due to the coronavirus (COVIDー19) is rising all across our country occupied by the mullahs. Once again, I urge WHO to immediately dispatch their supervisory and medical teams to Iran,” Mrs. Rajavi tweeted on March 1.

The death toll due to the #Coronavirus (#COVIDー19) is rising all across our country occupied by the mullahs. Once again, I urge WHO to immediately dispatch their supervisory and medical teams to #Iran pic.twitter.com/T64vGi2PF2