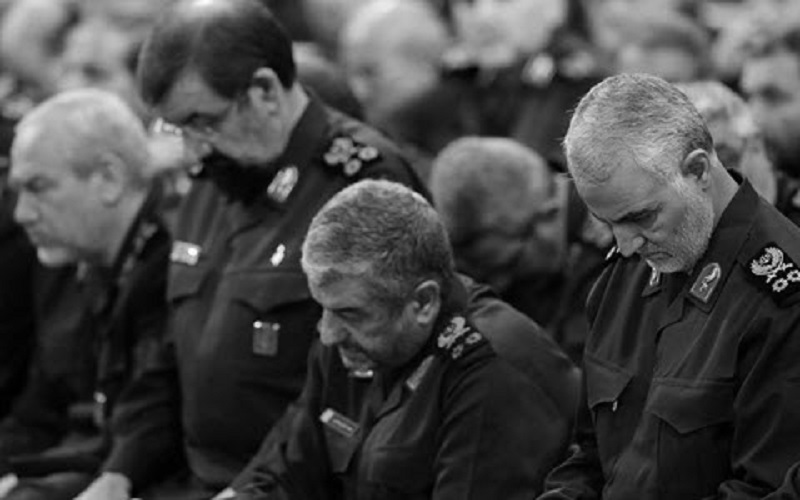 Some officials reason that economic problems are the state’s main challenge as seen amid the infighting over the approval of the 2020-2021 budget bill in the Majlis (parliament). Others believe that mismanagement is the root of crises facing the government.

In such circumstances, a strong advocate of the supreme leader Ali Khamenei says that the main opposition group, the People’s Mojahedin Organization of Iran (PMOI/MEK), presents a substantial threat to the ayatollahs’ rule. While unable to conceal his concerns about this movement, he calls upon the government’s proponents about 40-years of resistance against this enemy.

“People! Today, the Islamic Republic has problems. It has been patient. It has fallen in economic, cultural and managing [dilemmas]. Yet don’t worry… Over 40 years, the Islamic Republic is wrestling with a virus called [the Mojahedin (MEK)] yet it still remains [in power],” Mohamad Mehdi Mandegari said on December 9.

On the other hand, state-run media outlets underline the main opposition group’s ability in organizing and heading protests, particularly the recent nationwide protests that were extended to more than 190 cities across the country thanks to the MEK’s vast domestic network. “The enemy [PMOI/MEK] has organized a corps for recent incidents,” Mehr News Agency published on December 1.

“We should understand that nowadays the foes’ plans are not as simple as their previous plans. Today, enemies have launched new plans including combined war, smart war, cognitive war, and the war of narratives,” Mehr quoted Yadollah Javani, the political deputy of the Revolutionary Guards (IRGC), on the same day.

Notably, nervous reactions are not summarized to websites and publications alone. In this regard, Iran’s attorney-general Mohammad Jafar Montazeri attempted to cloak his concerns through vehement threats against protesters. “He/she sits abroad and leads the [protests]. [He/she says] go there, that street, this number [of people] here, tomorrow that number [of people] in another area. This number [of people] should go to someplace and carry out a specific task at a special time. They are leading the riots,” Montazeri said recently. Subsequently, the attorney-general demanded an absolute internet shutdown to prevent further inflaming new protests.

However, while authorities hope to impose a long internet blackout, they won’t be able to cut off people’s communications forever. Factually, if they possessed this capability, they would never hesitate even for one moment. In addition, the recent internet shutdown in Iran, which continued for nearly a week, resulted in international condemnations and pushed the world to shed light on what is happening inside Iran.