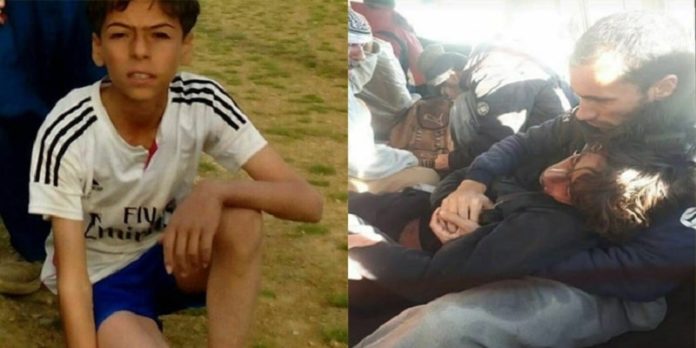 Angry residents of Marivan chanted “Death to the dictator” at the funeral of Farhad Khosravi. Khosravi was trapped in the snow and blizzard due to an ambush by Iran’s Revolutionary Guards (IRGC) and died. His brother Azad Khosravi, 17, was also killed earlier in the incident.

Azad and Farhad Khosravi, porter children, labor children, mountain children, children who are unfamiliar with the life of a normal child and instead are forced to work like adults, eventually lost their lives and became victims of poverty.

In his burial ceremony, the people also chanted: “Martyr is not dead” and “It was for Bread”. The people of Marivan while having a piece of bread in their hands went to the burial ceremony. The people chanted “our hearts were broken; we sacrifice for bread”.

Local witnesses said “The Jacket of Farhad was on his brother’s body and his body was found at the end of the route. There was a little distance to reach the road and the city of Marivan as if Farhad had sought to find help there.”

Dozens of porters are killed or wounded in natural disasters or shot by security forces every year in Iran’s border mountains.

On Monday, 2 December, a businessman named Mehdi Yousefi from Mirgeh Drizh village of Marivan, in Kurdistan province, was killed by military forces and another businessman, Yaqoub Rezai, was injured.

Also, a porter named Taher Hosseini from Baneh died on Wednesday, 12 November 2019, from a direct firing of Iranian border guards at a group of porters.

Peyman Yousefi, a young porter from Darmavanaye of Sardasht, was targeted by military force in October this year and died after 23 days in a hospital in Urmia as a result of the severity of the injuries.

In the past two weeks, nine porters have been killed or injured by security forces or in blizzards in the Iranian provinces of West Azerbaijan, Kurdistan and Kermanshah.

Hadi Hosseini in the Sardasht area and Aziz Maroufi in the Ashnavieh area were killed by security forces.

Hedayat Mahmoudi in Sardasht, Ali Saberi in Piranshahr, Jalal Khaledi in Piranshahr and Ya’qub Rezai in Marivan were injured by Iran’s security forces.

In the first six months of this year, at least 121 porters and businessmen were killed or wounded on the borders of Iranian Kurdistan.

Rasoul Khazri, a parliament member of Piranshahr, described the current situation as “complicated” on 16 June, and said that blocking the border had destroyed the livelihoods of the porters. 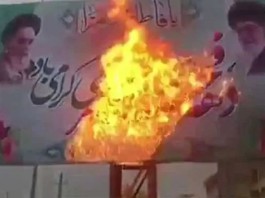