Former under Secretary of Defense John Rood was one of them. He spoke about the regime’s export of terrorism, regional warmongering, and other malign activities carried out by the Revolutionary Guards or other proxy groups.

He explained that the ideology promoted by regime founder Ruhollah Khomeini in 1979, involved propagating the so-called Islamic revolution across the Middle East; something that current Supreme Leader Ali Khamenei is still working towards. That’s why Iran has increased its influence in Yemen, Iraq, Syria, Lebanon, and Palestine over the past ten years, often using proxy militias in those countries to spread the regime’s disturbing brand of Islam, take advantages of crises like the civil wars in Syria and Yemen, undermine national governments, and use lethal force against those who fight back.

Rood said: “Iran has committed extensive resources and deployed military forces to support key partners in these struggles, adapting its longstanding model of warfare in which it has supported terrorist and proxy militant groups like Hezbollah to also include the more conventional application of military power and involvement of the IRGC forces directly.”

He further explained that the regime has been involved in Syria since the start of the civil war in order to prop up the Bashar Assad regime by supplying weapons, training, and even fighters to stop the people taking over; which prolonged the war to such an extent that half a million civilians have been killed. While in Iraq, he notes that the regime has financed many Shia militias that essentially became proxies for the mullahs. Some of these proxies conducted attacks on US military personnel in Iraq from 2003 to 2011 and are responsible for over 600 deaths of US personnel. In Yemen, Iran gave money, arms, and training to the Houthis to ensure that they were able to hold out against the Saudi-led coalition to reinstate the internationally recognized government.

Iran also gives support to Palestinian terrorist groups, like Hamas, Shia militants in Bahrain, and the Taliban in Afghanistan. But the regime’s strongest ties are with the Lebanese terrorist group Hezbollah, which is, Rood said, “a core member of Tehran’s ‘Axis of Resistance’”.

Rood said: “The Iranian Revolutionary Guard Corps Quds Force, the IRGC’s external operations element, is Iran’s primary conduit of support and guidance to these nonstate partners and proxies. At the same time, modern conventional capabilities will be open to Iran for the first time since the revolution, as the UN arms embargo is scheduled to end by October 2020. These more modern arms could well fuel increased adventurism by the regime as it continues to try to spread its malign influence.”

He said that the Middle East and the Iranian people are thankful for the US’ new maximum pressure strategy on Iran that has involved squeezing its oil revenues and isolating it diplomatically, something that will eventually lead to a new Iran.

Rood concluded: “Be open for an opportunity for diplomacy given the immense pressure on the Iranian government, yet be realistic.  It may be necessary for the US and our partners to undermine the regime for years before it eventually falls given its unpopularity with the Iranian people if the regime does not eventually show a willingness to support a negotiated resolution.”

Iran’s Regime Panics Over US Military Movements in Iraq 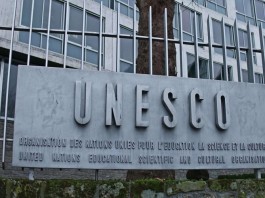 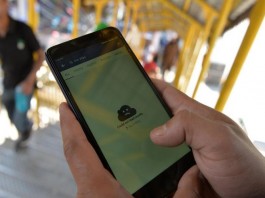 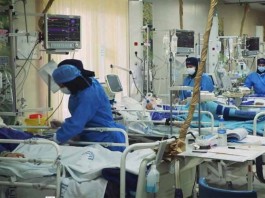