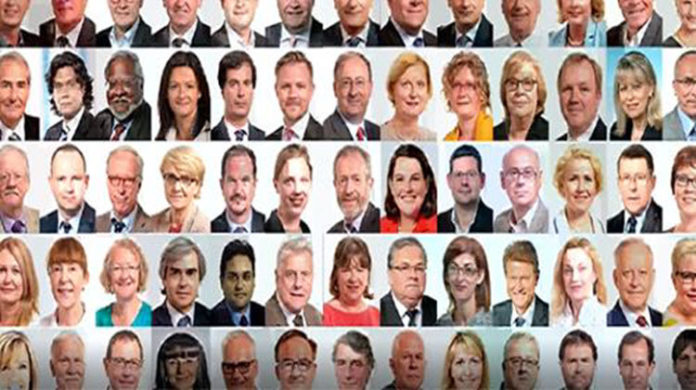 The following is the full text of the statement:

“Today we are announcing the support of 265 members of the European Parliament for a joint statement on human rights in Iran. My colleagues who have signed this statement are from all political groups and tendencies in the European Parliament. They include 4 Vice-Presidents of the parliament and 23 Committee and Delegation Chairs. This clearly shows that when the issue of human rights violations, repression of women and minorities and the Iranian regime’s support of terrorism are concerned, we are all united.

“Recently the Iranian regime held a presidential election. In our view this was a fake election because there were no opposition candidates and people just has the choice of choosing between several senior mullahs. Hassan Rouhani who is starting his second term, is no moderate or reformist. During his first 4 years, Iran was the number one in the world for the highest number of executions per capita.

“Rouhani’s minister of justice is a self-confessed murderer who was a member of the Death Committee, ordering the executions of over 30 thousands political prisoners in 1988, mostly from the main opposition PMOI.

“Therefore in our statement we have called on the UN High Commissioner for Human Rights and the Human Rights Council to set up a commission of inquiry on the 1988 massacre of political prisoners in Iran.

“We have called on our European governments to condition their relationships with Iran to a halt to executions and a clear progress on human rights and women rights.

“Also, we are very much concerned by the destructive role of the Iranian regime in the region. Iran’s Islamic Revolutionary Guard Corps (IRGC) is mainly active in Syria and Iraq and must be put on the international black lists.

“IRGC also runs most of Iranian economy. So our European companies who want to sign economic deals with Iran, take a high risk of dealing directly and indirectly with IRGC which is really a terrorist organization.

“In order to express our solidarity with the Iranian democratic opposition, I will attend the FREE IRAN gathering in Paris on 1 July where I will present the support of 265 members of the European Parliament for this joint declaration. We strongly encourage our European governments and the EU to follow our statement.”