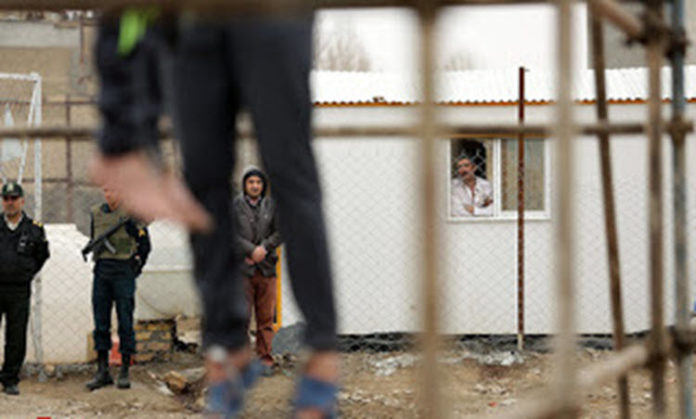 Mehdi Bahlouli is due to be executed in Raja’i Shahr Prison in Karaj. He has been on death row for over 15 years. A criminal court in Tehran sentenced him to death in 2001 for stabbing a man to death in a fight. At the time of the crime he was only 17 years old.

The other man is Peyman Barandah and his execution is due to take place on 10th May in Shiraz Central Prison in the Fars Province. When he was 16 he was arrested and after spending 5 years on death row he was convicted of killing a teenager by stabbing, also during a fight.

Research and Advocacy Director for the Middle East and North Africa for Amnesty International, Philip Luther, said that the execution of these two men would be a breach of human rights and pointed out their treatment in prison has been “cruel” and “inhuman”.

“Carrying out the executions of these two young men would be an outrageous breach of international human rights law that would cement Iran’s position as one of the world’s top executors of juvenile offenders. Mehdi Bahlouli has spent his entire young adult life on death row. His shocking ordeal epitomizes the cruelty of Iran’s juvenile justice system which regularly sentences juvenile offenders to death in violation of international human rights law and then subjects them to prolonged periods on death row. The anguish and torment of living their lives in the shadow of the gallows also amounts to cruel and inhuman treatment.”

The family of Mehdi Bahlouli said they got a call on Saturday from prison authorities telling them to attend their final visit. The next day he was sent to solitary confinement ahead of the planned execution.

The penal code of Iran was amended in 2013 allowing a judge to overturn the death penalty and provide a more suitable punishment if it is believed that the underage offender did not have the appropriate level of maturity or was not able to understand the nature or consequences of the crime committed.

Furthermore, in January 2016, Iran told the UN Committee on the Rights of the Child that young people who had not reached 18 at the time of their crime “are granted retrials and their previous verdicts are annulled by the Supreme Court”. However, Mehdi Bahlouli requested a retrial, but it was denied.

Luther condemned the Islamic Republic for going back on its 2013 promise to move away from the death penalty for juvenile offenders. He called in Iran to “urgently amend” its penal code and to “establish an official moratorium on executions”.