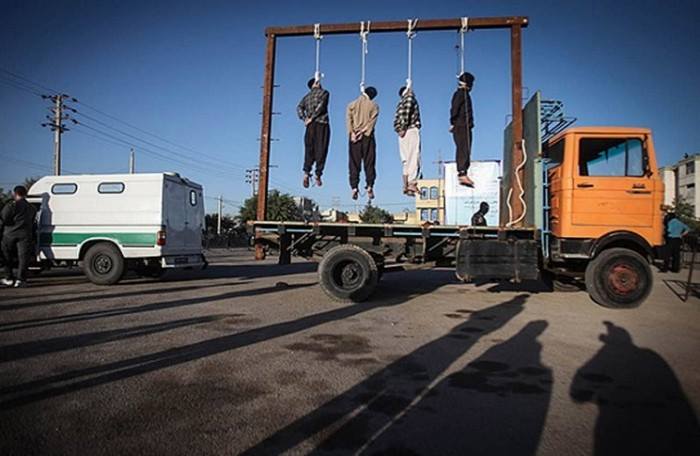 Few believe that the one issue will have any direct impact on the other, except in the sense that it may lead to modest improvements in the economic situation for average Iranians. But Al Monitor quotes prominent Iranians and victims of some of Iran’s recent human rights abuses who speculate that resolution of the nuclear issue may change some of the circumstances in which such human rights abuses take place.

For instance, civil activist Nasrin Sotoudeh argues that if a nuclear agreement leads to more engagement between Iran and the world community, it will become more difficult for the regime to manufacture the pretext to arrest Iranian citizens on the basis of vague political charges such as “contact with hostile powers.”

But others question the notion of increased contact between Iran and the powers it considers hostile. Some believe that Western policies regarding Iran’s human rights abuses and support for terrorism will not change with the conclusion of a nuclear deal. In fact, this view is shared by Iranian activists and Iranian Supreme Leader Ayatollah Ali Khamenei, who has questioned the value of resolving the nuclear issue, saying that the US and its allies will then turn their attention to human rights and other issues.

This aligns with what US officials themselves have said: that the nuclear issue is being considered separately and will not diminish pressure on Iran’s other behaviors. It also raises the question of whether the conclusion of nuclear negotiations will actually lead Western media and policymakers to turn their collective attention toward Iran’s domestic issues as Khamenei fears.

Certainly, there are many activists who are advocating for exactly this. The International Campaign for Human Rights in Iran responded quickly to the announcement of a framework nuclear agreement by calling for re-focusing of priorities vis-à-vis Iran. On Wednesday, the National Council of Resistance of Iran published a statement by the European parliamentary organization Friends of a Free Iran calling attention to ongoing Iranian human rights issues and blaming narrow focus on the nuclear issue for obscuring them.

The statement highlighted Iran’s systematic repression of women, as by barring them from sports stadiums and cracking down on performances by female singers. It also called attention to the escalating rate of executions, which is already higher than it has been for 12 years, in a country that consistently has the largest number of executions per capita in the world.

The Human Rights Activists News Agency points out that the latest in a seemingly endless string of mass executions is occurring presently, further driving this trend. In Karaj, eight persons were executed on Monday, with only five of them having been identified to date. An unknown number of additional prisoners, no fewer than eight, are also slated to be executed at any time and are reported to be held in solitary confinement awaiting their fate.

These sorts of mass executions on unspecified schedules are common in Iranian prisons, and in the past much larger mass executions have been utilized to crack down on political prisoners, as at the end of the Iran-Iraq war when some 30,000 Iranian dissidents were hanged in groups after cursory trials before a panel of three judges.