The family of Qalandari-nejad and a number of Gonabadi dervishes residing in Bandar Abbas set up their Haftsin Table (a traditional New Year table of Persians for three millenniums) in front of the Bandar Abbas Central Prison to celebrate the New Year closer to their prisoner. This prison holds Abdolghafour Qalandari-nejad, a religious minority political prisoner on charges such as “propaganda against the system” and “membership in dissident groups”. 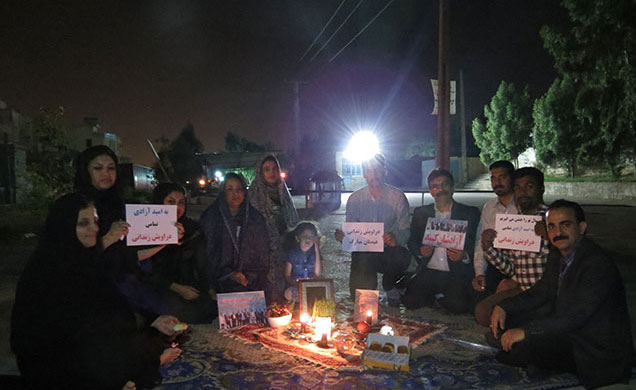 Concurrently, the families of Gonabadi dervishes imprisoned in the Adelabad Prison of Shiraz (central Iran) also celebrated the New Year in front of this prison. This symbolic move was met with severe reaction by the security forces and prison guards. The security forces removed the Haftsin Table and the posters of the imprisoned dervishes and arrested seven people.

This same ceremony was held in front of the Tehran Evin Prison where dervishes are imprisoned. In the ceremony, families of the imprisoned lawyers of dervishes placed their Haftsin Table beside the gate where people enter the prison to visit prisoners in Evin. Prison officials did not allow the prisoners to join in the ceremony. 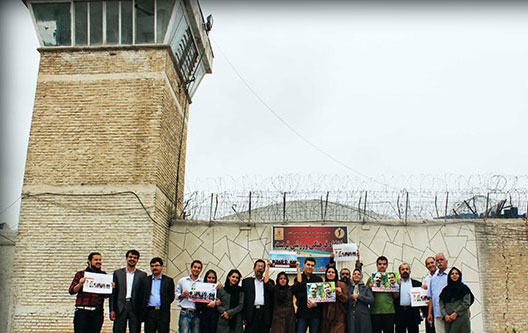 Gonabadi dervish prisoners have gone on a hunger strike for 64 days now to protest the illegal transfer of their lawyers to solitary confinement and depriving the transfer of the critically sick prisoners to the hospital as well as the psychological and physical tortures. In solidarity with these prisoners, over 3500 people outside prisons also went on a hunger strike which received much attention inside Iran.