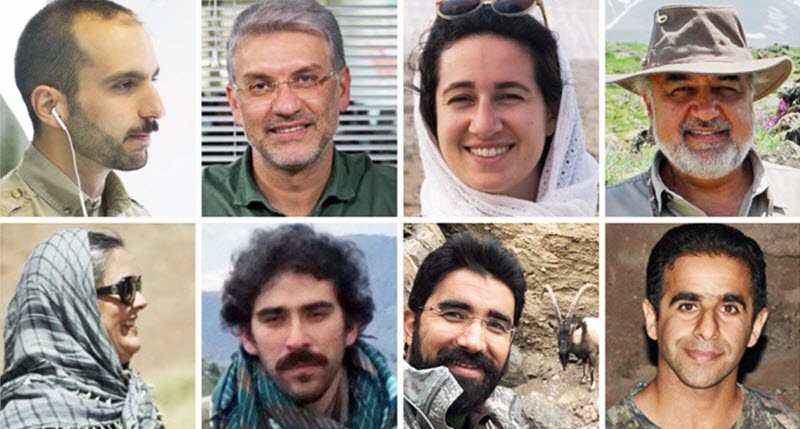 These comments come in the wake of an open letter written by the families of the detained, published on July 31, which stressed that their loved ones were being held without access to a lawyer and asked that authorities met with the environmentalists.

Since January 2018, the Iranian Revolutionary Guard Corps (IRGC) has arrested at least 50 environmental activists across the country.

On January 24 and 25, the IRGC arrested several members of the environmental group, the Persian Wildlife Heritage Foundation, and accused them of spying on Iran for the West. One of those arrested was famed environmentalist Professor Kavous Seyed Emami, who later died in prison, probably as a result of torture. Since his death, the IRGC have raided his house several times, harassed his family, and banned his wife, Maryam Mombeini, from leaving the country.

Whitson said: “The country is facing serious economic and environmental challenges, but authorities are throwing the very people who could be part of the solution in jail.”

On July 31, Mohammad Hossein Aghasi, the lawyer for two of the detained told Human Rights Watch that the prosecutor has not allowed him to represent his clients or read their cases. The day before, a source who wished to remain anonymous told Human Rights Watch that the families had been unable to get any information about the charges against the detained environmentalists, but that during a visit in June, the families noticed signs of abuse on the detainees.

Mahmoud Sadeghi, a member of parliament from Tehran, tweeted on May 9 that the intelligence minister, Mahmoud Alavi, had explicitly said that there is no evidence supporting the espionage claims. This was backed up by Issa Kalantari, the head of Iran’s Environmental Institution, on May 22.