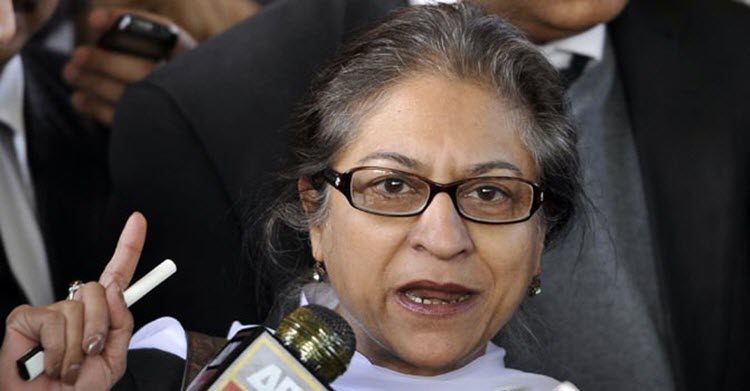 The website for the Committee to Protect Journalists reported on Friday that it had joined some 40 other human rights advocacy groups in releasing a document calling for the renewal of special rapporteur’s mandate, which had previously been carried out by Ahmad Shaheed, before Jahangir took over the role late last year. The mandate for this and similar special rapporteur assignments must be regularly renewed, and the resolution concerning Iran’s is scheduled to be voted on before the Council’s 34th session concludes on Friday.

The call for renewal reflects the lack of recognizable progress on human rights issues in the Islamic Republic, where the arbitrary detention and sentencing of political activists, journalists, dual nationals, and perceived social dissenters is not only ongoing but appears to be accelerating. This fact was highlighted by the Center for Human Rights in Iran last week, when it reported the names of several activists and journalists who have been arrested in just the past few weeks, apparently by the Iranian Ministry of Intelligence, which is under the control of the supposedly moderate president Hassan Rouhani.

The CHRI notes that the given arrests are part of a larger phenomenon in which the Iranian regime’s repressive apparatus is worsening its crackdown on dissent in the run-up to Rouhani’s bid for reelection in May. The article offers some speculation as to why this might be, and it appears to favor the conclusion that the Ministry of Intelligence is stepping up its law enforcement activities as part of an effort to compete with the Intelligence Organization of the Islamic Revolutionary Guard Corps, which has been acquiring an ever greater share of domestic power and which had been prosecuting a slightly less vigorous crackdown ever since the conclusion of nuclear negotiations between Iran and six world powers.

Initial expectations surrounding those negotiations were that they would open the door to a more generally cooperative relationship between the Islamic Republic and its traditional enemies in the West. But the long-term crackdown seemed to highlight the fact that hardline authorities would not accept this. Now, the more recent acceleration in that crackdown serves to underscore the fact that the Rouhani administration, despite having spearheaded the nuclear negotiations on the Iranian side, has shown no willingness to oppose the repressive response of the IRGC and other acknowledged hardliners.

Another recent report by the Center for Human Rights in Iran seemed to call attention to other prospects for addressing the human rights situation, specifically by empowering the Iranian population to engage in constructive public dialogue and activist organizing. That is to say, the report sought to levy criticism against transnational technology companies that have made a habit in recent years of keeping their distance from the Iranian market even when doing so is not required by international sanctions.

The implication of that report is that the lack of access to online resources through these independent companies has allowed the Islamic Republic to keep a tighter stranglehold on information, thereby impeding domestic organizing. Pro-reform Iranians frequently circumvent government restrictions on the internet and social media, but deliberate international support for these activities could provide more space for Iranians to gain access to independent news and pro-democratic viewpoints, including information on the persistence of human rights abuses throughout the country.

On the other hand, the worsening crackdown suggests that regime authorities will be on the lookout for anything that they might portray as collaboration between foreign entities and individual Iranians – something that is frequently used as the basis for political imprisonment and sometimes for capital sentences on charges such as attempting to facilitate the “soft overthrow” of the Islamic Republic.

In the midst of the ongoing crackdown, the mere possession of dual citizenship in Iran and a Western country has been sufficient grounds for imprisonment and accusations of spying or plotting against national security. And although a number of dual nationals are currently in

Iranian jails as a result of that crackdown, their Western countries of residence have at times been criticized for a perceived failure to publicly address the crisis, even as groups like the CHRI, the CPJ, and the UN Human Rights Council seek to address the larger problem of human rights abuses.

Such criticisms has certainly swirled around the government of the United Kingdom since the arrest nearly one year ago of Nazanin Zaghari-Ratcliffe, an employee of the Thomson Reuters Charitable Foundation who had been visiting her family in Iran, accompanied by her two-year-old daughter. The woman was subsequently sentenced to five years in prison and the little girl remains in the care of her Iranian grandparents, barred from leaving the country. Her supporters in the UK have since accused the British authorities of neglect – an accusation that was repeated by her sister-in-law, Rebecca Jones, ahead of a recent event being held on her behalf, according to the BBC.

Jones noted that no one from the British government has publicly condemned the arrest, and she went on to speculate that the silence may be motivated by fear of jeopardizing prospective trade deals with the Islamic Republic in the post-Brexit economic environment. While it cannot be said with certainty that this interpretation is correct, Jones’ comments reflect a sentiment that has been expressed by a variety of human rights defenders when they have regarded Western governments as sidelining human rights concerns in favor of the pursuit of trade deals and direct talks with Iranian officials.

In the immediate aftermath of the nuclear agreement, some of these sorts of talks were justified on the basis of the perceived prospects for internal moderation. But the latest crackdown and the surrounding criticisms suggest that there is little such prospect, regardless of the outcome of the forthcoming Iranian presidential elections. This notion was seemingly highlighted by one of the political activists caught up in the crackdown.

The Center for Human Rights in Iran reported on Thursday that Hengameh Shahidi, a senior member of the National Trust Party and a former adviser to the imprisoned Green Movement leader Mehdi Karroubi, had predicted her own arrest in the form of two open letters which she released after she was jailed on March 9. The activists and former journalist characterized the accelerated crackdown as part of an effort to make sure that there would be no serious, reform-minded challenge to a presidential race that will be limited to Rouhani and an as yet unnamed hardline opponent.

Shahidi’s letters called attention to Rouhani’s betrayal of pro-reform campaign promises, addressing him directly and saying, “You were supposed to be a breath of fresh air for reformists after the oppressive years under (President Mahmoud) Ahmadinejad, and not choke the air out of them to become president like he did.”

Yet another CHRI report pointed out that Shahidi had initiated a hunger strike and had ceased taking her prescription medication in protest against her detention and its apparent political implications. In so doing, she has become one of the latest in a long series of hunger strikes undertaken by political prisoners in recent months, some of which have lasted in excess of two months while striving to bring both domestic and international attention to prison conditions, arbitrary detention, and related human rights issues.

Some of these actions have had limited successes, as when protests in solidarity with then-hunger striker Arash Sadeghi led to the judiciary agreeing to temporarily release his wife and review her case. But others have resulted in punitive actions by the judiciary and the regime, and with the protest actions being increasingly prevalent, this phenomenon also appears to be accelerating.

The Human Rights Activists News Agency highlighted one relevant situation last week when it pointed out that brothers and fellow political prisoners Mehdi and Hossein Rajabian were still being denied adequate access to medical care, weeks after the end of a hunger strike that had caused the worsening of medical conditions for both of them. HRANA reports that the two brothers have been arbitrarily and punitively separated and mixed into the general prison population, in violation of Iranian prison guidelines. Mehdi reportedly suffers from multiple sclerosis, and his brother is experiencing severe kidney disease. The denial of their requests for medical furlough highlights a longstanding practice of Iranian authorities using health problems as a weapon against political prisoners.

The brothers were arrested as a result of their involvement in an online music service, and their convictions were evidently based in large part on false confessions elicited under the threat of even worse punishment than the six year sentences they received. False confessions and the threat of torture were also evident in some of the very recent cases highlighted by the CHRI in its reporting on the accelerated crackdown.

In two other reports, HRANA touched upon the sorts of punishments that some of these arrestees may face in the current environment. Those reports note that three activists and two journalists were recently sentenced to receive lashes alongside their prison terms. Some of those sentences were reportedly justified by false accusations of drug use, reflecting the judicial intolerance of such crimes which consistently secures Iran’s status as the country with the highest per-capita rate of executions in the world. Meanwhile, one of the individuals who was sentenced for purely journalistic activities, or “spreading lies,” is set to receive a staggering 114 lashes, whereas less than one-third that number has been described as torturous by Iranians who have experienced it.