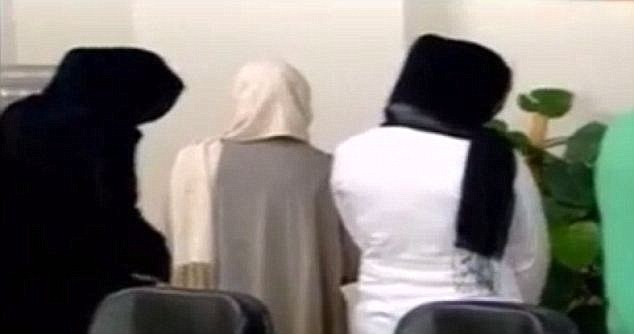 Rouhani was widely given credit in the media for responding to the case on Twitter soon after the arrest, advising that the government “shouldn’t be too hard” on people who express happiness publicly. But the Iranian president did not take action to secure their release or to prevent them from being sentenced, and his comments on Sunday seemed aimed at justifying the sentence and supporting the restrictive laws that led to it.

“I, as the president of Iran, have been sworn and put there by the will of the people to protect the constitution,” Rouhani said. “If the constitution is ever violated, it is my legal responsibility to take the appropriate steps and implement appropriate actions.”

The constitution and laws of the clerical regime lead to much greater consequences than imprisonment and flogging for some people who are arrested on the basis of affiliations of sociopolitical views. A prisoner in Uremia Prison may be executed at any moment for an incident that occurred when he was 17 and a member of a Kurdish political organization.

Saman Nasim was present at an armed conflict between the group and Iranian forces in 2011, where one Revolutionary Guard was killed. Nasim was proved to have not fired the shot, but only after being tortured during interrogation. However, his affiliation with the Kurdish party was still enough to make him subject to the death penalty, which may be carried out at any time.

The same imminent threat faces Rayhaneh Jabbari, a 26 year-old woman who fatally stabbed a member of the Iranian Intelligence Services as he tried to rape her when she was a teenager. Jabbari’s account of the events was supported by evidence that the man had attempted to dose her with sedatives. Unsurprisingly, the case has drawn international attention and generated petitions to save her life. Her execution was postponed from last April but now the Iranian courts have upheld the sentence, meaning that it may be carried out at any time, according to the International Business Times. The latest news is that her execution has been postponed for the time being.

These two cases are contributors to much larger statistics about the shocking human rights situation in Iran. Another case includes that of Ghoncheh Ghavami, who has been held in prison for three months for protesting to have women granted access to sporting events.