On 10 April, two of Iran’s elite students Amir Hossein Moradi and Ali Younesi were arrested and relocated to an unknown place. The regime tried to hide their arrest.

Then after three weeks, the Iranian regime was forced to confess about their arrests, while the regime’s Judiciary spokesman said in an interview, that they have imprisoned the two.

Gholam-Hossein Esmaili told reporters that the two students were linked to the opposition People’s Mojahedin of Iran (MEK/PMOI).

Referring to a series of fabricated allegations, Esmaili the regime’s judiciary spokesman accused the two students of “committing deviant acts” and “attempting sabotage operations.” “Explosives used in the sabotage operation have been found in the house of the two men,” he said.

Esmaili added: “In the midst of the corona situation, this has been basically the conspiracy of the enemies. They wanted to disrupt the country, which was fortunately thwarted by the clever and timely action of the Ministry of Intelligence agents.”

On this issue, the British Committee for Iran Freedom (BCFIF) in a statement wrote:

“The British Committee for Iran Freedom (BCFIF) condemns Iran’s regime for intensifying its domestic repression by stepping up a crackdown on dissenting voices and unleashing a new wave of executions instead of helping the Iranian people during the devastating coronavirus pandemic in the country.

“The arrested students who were subjected to abuse and torture are identified as Amir Hossein Moradi and Ali Younesi. According to the reports, they were distinguished students of Tehran’s Sharif University of Technology with international awards in their fields.

“The international community cannot and should not allow the regime to use the coronavirus crisis in the world as a cover to repeat this crime against humanity.

“The British Committee for Iran Freedom (BCFIF) believes that the FCO should immediately summon Teheran’s ambassador to the UK to protest this alarming development in Iran and warn the regime about the serious consequences of continued mass arrests and executions.”

Amnesty International issued a statement on 12 May stating ‘University Student at Risk of Torture.’ It wrote:

“Iranian university student Ali Younesi has been arbitrarily detained since 10 April 2020. His family believes he is being held in Tehran’s Evin prison, where he has been denied access to a lawyer and permitted only two brief telephone calls to his family. The Iranian authorities have not provided clear reasons for his arrest. He is a prisoner of conscience targeted solely for his family ties and is at risk of torture or other ill-treatment.

“Iran’s judiciary spokesperson Gholamhossein Esmaili, in an apparent reference to Ali Younesi and the other arrested university student, stated that two university students had been arrested for being in contact with “counterrevolutionary” groups. He used a pejorative term to refer to one such group – People’s Mojahedin Organization of Iran (PMOI), an opposition group based outside of  Iran  –  apparently  based  on  their  families’  past  or  current  association  with  the  PMOI,  and failed  to  provide  any evidence for the judiciary’s accusations.”

Ali Younesi’s sister also wrote on social media earlier: I responded to the accusations of the spokesman of the judiciary, I was threatened with death and sexual insults.

Aida Younesi, the sister of the imprisoned student, wrote on her Twitter page on 11 May while addressing the regime: “You have brutally beaten and arrest. “You could not stand the two-minute response video to the baseless accusation being made by the spokespersons of the judiciary.”

She noted that following the publication of her response to the accusations of Gholamhossein Esmaili, the spokesman for the judiciary, she had been subjected to “sexual insults and life threats”.

Student Activist Sent to Prison to Carry out Sentence 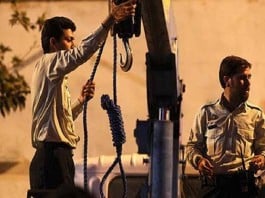 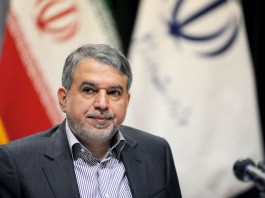 Who Is Salehi Amiri, Chief of Iran’s Olympic Committee? 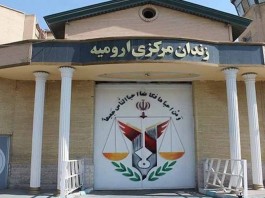