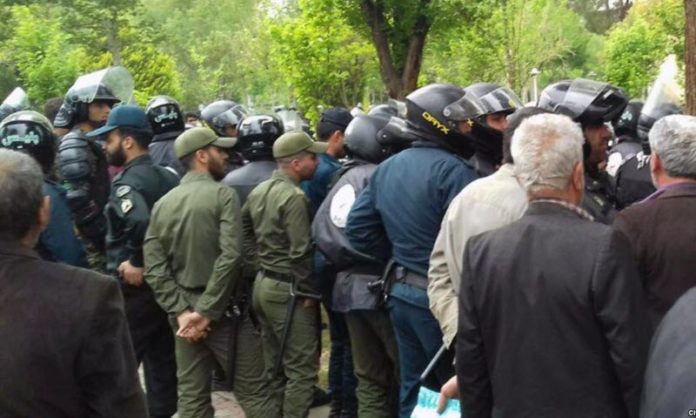 Protesters in Isfahan also demanded an end to the Regime’s malign meddling in other Middle Eastern countries, like Syria, Iraq and Lebanon, which uses Iranian money for war rather than helping the people. Many videos show protesters chanting slogans like “No to Gaza, no to Lebanon, my soul is Iran’s redemption”. Slogans like that have become commonplace at protests in Iran.

One Iranian affairs expert said: “The Iranian regime’s financial corruption, misuse of public funds, the widespread banking crisis, and the haemorrhaging of billions of dollars … on militia and terror groups are among the major reasons behind the present currency and economic crises.”

As usual, the Regime cracked down on these protesters with brutality, using tear gas to disperse the protesters. At least 29 people have been arrested on the charge of “economic disruption”, an intentionally vague charge, and some even face the death penalty.

Of course, these arrests do not target the true criminals in Iran, i.e. the corrupt mullahs who caused this economic crisis, as that would involving turning the blame on themselves. Instead, they are a way for the mullahs to install fear into the Iranian people in an effort to keep them from protesting. The trials are often conducted in secret, which means that no one truly knows what goes on inside them.

These protests are part of an ongoing uprising in Iran that has been going on since December, which began over a draft budget that cut subsidies for the poor and increased funding for Iran’s military. These grew quickly, with more people bringing forth more issues. The consensus of the protesters is that their problems stem from the Iranian Regime and that in order to fix all of their problems, the mullahs must go.

At least 50 protesters were shot dead in the streets, while over 8,000 were arrested and threatened with the death penalty on more vague charges that the Regime uses against protesters. Some 15 people have been tortured to death in prison. Despite this protests have continued across all sectors of the Iranian community.

The world should be doing more to support the people of Iran in their fight against the failing Regime, especially if the world is concerned with human rights, ending corruption, and tackling terrorism. 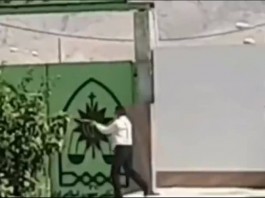 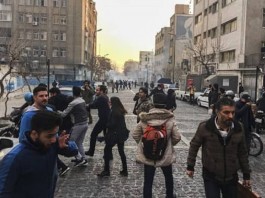 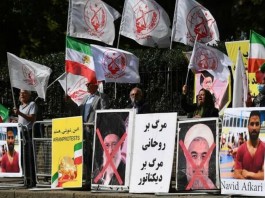