Iranian officials well know that they are unable to completely quell the new Iranian revolution. Regardless of their failure in resolving the people’s problems, they doubled the public anger against themselves by resorting to arbitrary executions in streets that left more than 1,500 slain and thousands wounded and more disappearances. 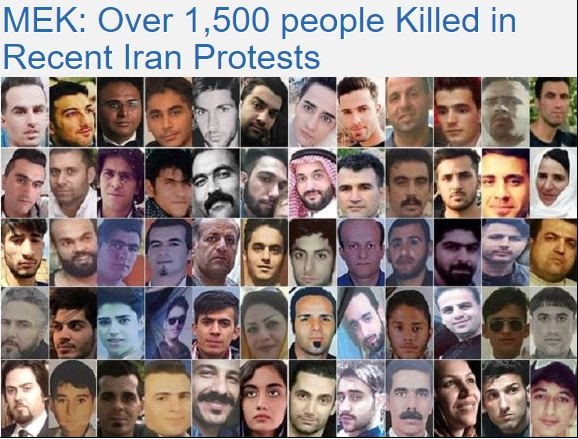 These media recommend authorities to take responsible steps to aid ordinary people before sparking a new round of protests. “We may not be able to confront another shock [like the gas price hikes in last November] imposed on the society or in the case of confrontation, its costs may be very heavy and undeniable,” Hamdeli, a newspaper affiliated with regime president Hassan Rouhani, published on December 16. The author realizes that Ayatollahs’ method for ruling belongs to the medieval age and sounds the alarm about the dark future of the rulers. He writes, “The concept of nation-state illustrates the fact that it is impossible to govern the state by issuing orders like past centuries.”

On the other hand, on the same day, the state-run newspaper “Arman-e Melli” described the November uprising as a “great and bitter” event! One article in the paper expresses fears about the political results of the recent protests, writing, “After the November protests, in sensitive circumstances when the great and crucial decision should be made, the government practically has no necessary possibility, ability, and authority for adopting the essential policies.”

Factually, the author of the article is concerned about the “negative” consequences of any decision that can trigger another crisis. “Any decision can have negative consequences that lead to a crisis. Indecision and passivity are another danger that may result in damages and losing time. Therefore, it is obvious that the continuation of this situation will cause problems,” Arman published on December 16.

Hamdeli also underlined the mass wrath against the entire ruling system beyond political factions and admitted that “administrations” aren’t yet the target of people’s hate, “but the whole power structure is addressed by the nation.”

The administration-owned newspaper “Iran” stressed Iranians’ rejection of political factions, which displays people’s anger against the regime in its entirety. “If we would like to focus [on recent developments], we understand that none of these represent the ordinary people. This is the reason for chaos by the lower classes of the society and this is merely the beginning of the story!” Iran newspaper printed on December 15.

In this regard, different state-run media and websites display their concern about the regime’s fate in different manners. Eslahat News website describes the fragile conditions of the government as the state of a piece of metal and explains that in metallurgy science, sometimes metals fall in a state known as “Metal Fatigue.” “This situation is taking place suddenly and without previous awareness,” Eslahat News published on December 14.

On December 12, another state-run newspaper Ebtekar acknowledges to its readers that the situation is very dangerous and writes, “[The] situation is extremely unstable… That means it is possible that it rapidly turns into ‘revolutionary circumstance.’” The truth is the revolutionary circumstance is synonymous with the state that the society is ready to erupt against the current situation and demonstrate their anger, which extremely terrifies authorities about upcoming developments.