Ahmad Khatami, the Friday prayer Imam and member of regime’s Assembly of Experts, in his sermon on March 29, the Friday prior to Seizdabedar, called this ceremony a superstition and called people to mourn on the occasion of a religious ceremony. 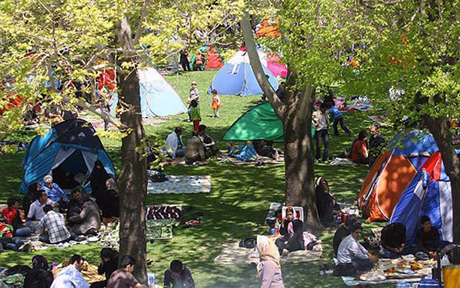 Here is a brief on Seizdabedar ceremony:

Iranians, since the oldest times, have celebrated the thirteenth day of Farvardin (the first month of the Persian year) which coincides with April 2. During this day, Iranians leave their homes and go to gardens, meadows and hills to enjoy a day in the nature with their families and friends and have a good time.

No one knows when was the first time that people celebrated Seizdabedar, but it has a history of several thousand years. In the old myths of Aryans, the heavy battle between the good and the evil ends on this day with the victory of the good. Aryans celebrate this day on the occasion of this victory.

This old belief has a four thousand year history and many centuries before Zoroaster has been among the belief of Aryans. On this day, people lay to flowing water newly grown seeds that symbolizes growth and prosperity in the New Year. 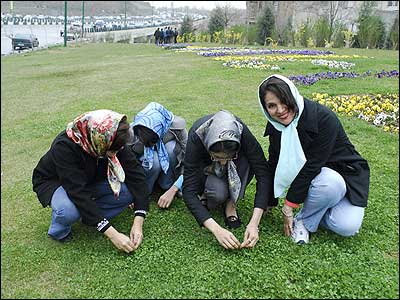 Every year on this occasion, Persians celebrate this day in the hope of victory over the dictators and evil forces and consider this day as a day of resisting ugliness and evil. It is so that every year, the mullahs ruling Iran are against this celebration — as well as other national celebrations. Every year, the security forces attack the people who are celebrating and arrest and imprison a number of the people, but this ceremony has continued much like Nowruz during mullahs’ evil reign .