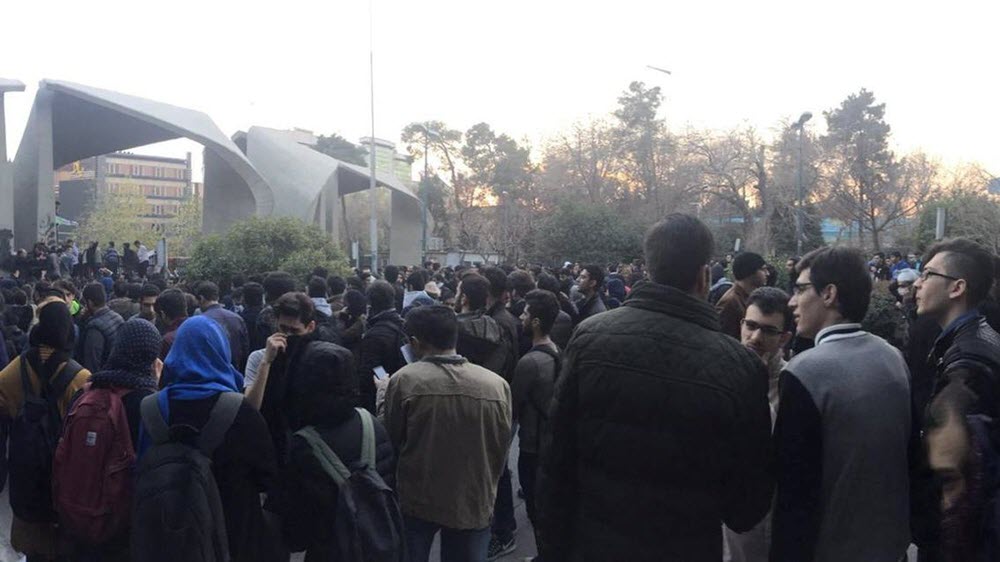 News of the uprising spread quickly across the world and there were messages of support sent to the people of Iran via social media.

For years, the Iranian regime has been trying to pass its main, and only viable, opposition off as insignificant and with very little influence or popularity among the Iranian people. However, this time around, the Supreme Leader of Iran himself – Ayatollah Ali Khamenei – acknowledged that the People’s Mojahedin Organization of Iran (PMOI / MEK) had played a major role in the organisation of the protests.

The Supreme Leader admitted that the MEK has more influence than the regime has previously claimed. He said that it was able to attract people to participate in the protests regarding “high prices”.

Khamenei also said that there were other significant influencers behind the protests mentioning in particular the United States that “plotted” and an Arab country that provided financial support.

The MEK is the organised opposition that has been victim to the regime’s campaign of suppression. Many MEK members and affiliates have been executed by the regime throughout the years and countless more have been unjustly imprisoned and tortured.

In 1988, the regime killed around 30,000 political prisoners (of which many were linked to the MEK). The hateful crime against humanity became known as the 1988 massacre and it remains unpunished. Furthermore, many of the officials that were behind the organisation of the massacre went up in the ranks of the government and occupied high positions.

The regime has tried to sully the MEK’s reputation through a demonization campaign. It has published many books that are full of lies and mistruths and it managed to get the opposition listed for some time as a terrorist organisation. It has lobbies abroad that have had significant influence with high-ranking officials around the world.

In other words, the regime will do all that it takes to discredit the opposition.

News is spreading that regime change in Iran would mean that the United States will be drawn into another war – a similar conflict to the war in Iraq.

However, we must not be fooled because there are wars raging the whole way across the Middle East. Because of the Iranian regime and its meddling and its support of Syria’s Bashar al Assad and its fuelling of conflicts and so on.

If there was regime change in Iran, the conflicts would fizzle out. And looking at the domestic situation – the people of Iran would finally be able to look forward to a bright future where they are free from suppression, oppression and human rights abuses.