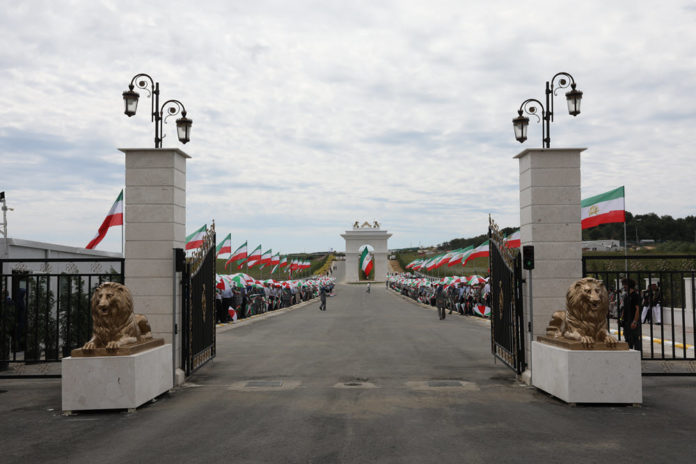 For this, the mullahs’ defenders rely on news organisations to print hit pieces against the Iranian Resistance group, the People’s Mojahedin Organization of Iran (PMOI/MEK). These attack, dressed up as news articles, are filled with lies that have been repeatedly proven, sometimes in court cases, to be baseless. Yet, every time one of these articles is printed, it brings up the lie again and convinces more people to believe it. The effect is short-lived of course, the truth will always come out, but the attacks have been getting more frequent as the Regime’s problems get worse.

One of the biggest offenders for printing lies about the MEK is The Guardian, which routinely features op-ed pieces from Regime apologists and agents. No matter how many times this is pointed out to The Guardian though, it always happens again.

On July 15, they published an article, entitled Trump allies’ visit throws light on secretive Iranian opposition group”, which was a definite attempt to shield the Regime from the damage done by the five-day Free Iran rally held at the MEK compound in Albania (Ashraf-3). This rally was attended by roughly 350 points, both from 50 countries, including bipartisan delegations from the US, Canada, Europe, Australia, and the Middle East. All of them spoke about the dangers of the Regime and the importance of the Resistance.

The Guardian claimed that the MEK is a sect that lacks popular support in Iran; lies propagated by the Iranian Intelligence Ministry (MOIS). It relied on comments from MOIS agents pretending to be MEK members, but the only one who was identified by name, Hassan Heyrani, was expelled from the MEK for his contacts with the Regime. After that, Heyrani became overt in his mission to destroy the MEK.

The article also makes it seem as if all attendees were Donald Trump supporters, something sure to irk any reader of The Guardian, but completely ignored the contributions of Democrats, like Senators Lieberman, Torricelli Menendez, and Cardin, as well as Congressman Sherman, and the cross-party parliamentary delegations from across the world.

The article claimed that MEK members have no contact with the outside world, which is the same lie propagated by Der Spiegel in February. This is interesting because it shows that they have the same source for their articles and because the Hamburg Court ordered Der Spiegel to remove that and other parts of the article that the MEK challenged.

The idea that the MEK is a cult was firmly dismissed at the event by Ambassador Lincoln Bloomfield, the former Assistant Secretary of State who has conducted an extensive independent investigation on the MEK.

He said: “We spoke to them personally, privately. We heard amazing stories of courage, of conviction, of pain, of separation, of the choice of a lifetime. These were the actions of people who are stronger than me, who have a major part, who have a mission in life and who have made a choice and they are dedicated to keeping that choice. Ladies and gentlemen, the obscuring curtain has been removed today…Never again should we hear the allegation of cult. It is gone forever. You are free. It’s finished.”

As for the idea that the MEK lacks popular support in Iran, one need only look at the anti-regime protests in Iran led by the MEK. This is the reason that the Regime attacks the MEK; because they do have popular support.

Many journalists also attended to cover the conference and interview Ashraf residents in fact-based, unbiased articles. Why did The Guardian not do this?

Shahin Gobadi, MEK Press Spokesman, wrote: “The reality has been repeatedly acknowledged by political dignitaries: more than ever, the PMOI (MEK) have manifested their role to bring about regime change in Iran, while the National Council of Resistance of Iran’s President-elect Maryam Rajavi and her 10-point plan have been established as a viable alternative for the transitional period following the current regime’s ouster. The mullahs’ massive disinformation campaign and articles such as the one by The Guardian cannot change this reality.”