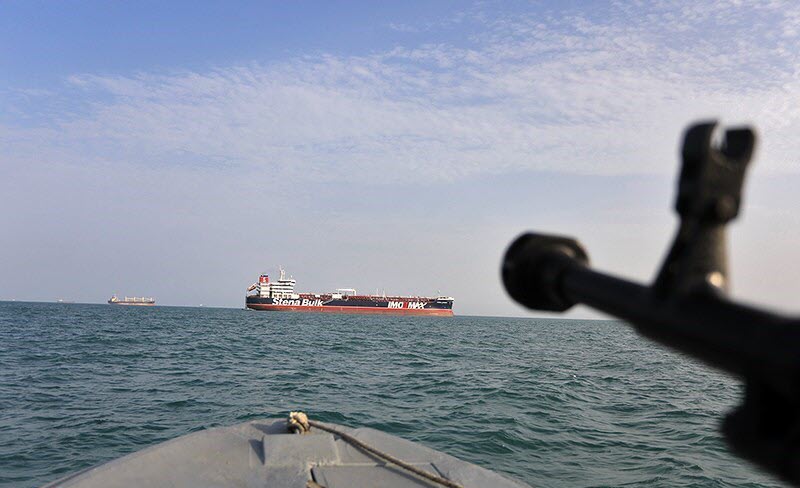 Iran previously released a video of the detained crew, where they appear to be safe. However, the video seems to be staged; even showing the crew hoisting the Iranian flag so it’s not clear if the crew were under duress to film it.

The company further explained that it had made all necessary notifications for the Stena Impero’s transit of the Strait of Hormuz and this was carried out in full compliance with all international maritime regulations.

The statement continued: “We can confirm that we are not aware of, and nor is there any evidence of a collision involving the Stena Impero.”

Iran claimed on Saturday that the tanker was seized because it had collided with an Iranian fishing boat and refused to help that crew.

On Monday, Britain called for a European-led naval mission to be set up to protect shipping in the Strait of Hormuz and Foreign Secretary Jeremy Hunt outlined these plans to parliament after a meeting of the government’s emergency committee, COBRA.

Hunt said: “Under international law, Iran had no right to obstruct the ship’s passage – let alone board her. It was, therefore, an act of state piracy. We will now seek to put together a European-led maritime protection mission to support the safe passage of both crew and cargo in this vital region.”

He said that this would not involve using European military power to attack Iran but for defence. He consulted with the foreign ministers of Oman, the US, France, Germany, The Netherlands, Italy, Finland, Spain and Denmark in the matter and so far four governments have agreed to take part.

James Slack, the spokesperson for British Prime Minister Theresa May, said Iran has seized a ship under illegal pretences and it needs to release it and the crew immediately.

Iran’s seizure of the Stena Impero is likely revenge for the UK’s legal detainment of the Iranian tanker Grace 1 two weeks ago, as just after that, Iranian Foreign Minister Javad Zarif tweeted that Britain “must cease being an accessory to economic terrorism of the US”. This is a misleading tweet because the tanker was seized under EU sanctions against supplying oi to Syria and not Us sanctions on Iranian oil as a whole.