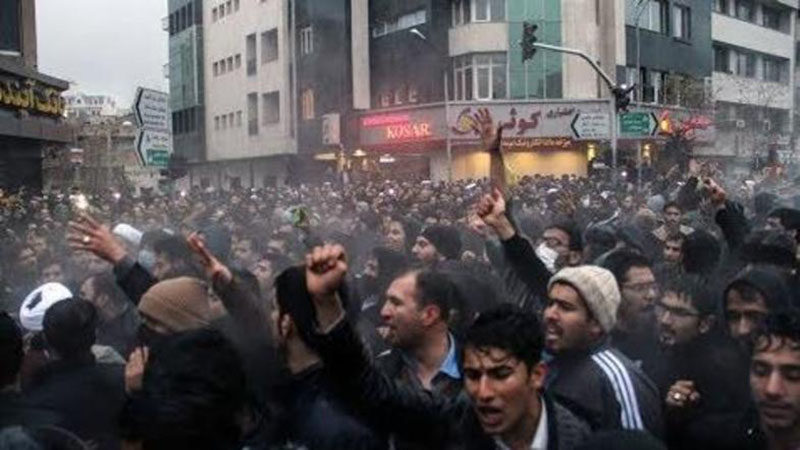 The Iranian Regime is terrified of the Iranian Resistance who are leading the nationwide anti-regime protests, specifically the People’s Mujahedin Organisation of Iran (PMOI/MEK), so they are doing everything possible to diminish the MEK on the domestic and international stage, from repeating long-disproved claims that the MEK are terrorists to attacking their rallies and their headquarters with bombs.

With that in mind, we wanted to look at the 10-Point political platform adopted by the MEK and the democratic coalition that they are a part of, the National Council of Resistance of Iran (NCRI). This will show you what the real MEK is like.
1. Ballot Box: The MEK believe that free and fair elections are the only path to political legitimacy, which is why they would seek a republic based on universal suffrage, regardless of gender, race, religion, etc.

2. Pluralism: The MEK respects all individual freedoms, so they would ensure freedom of parties, assembly, expression, the media, etc, are drafted into a new constitution. They would also ensure unconditional access by all to the Internet.

4. Religion: The MEK is committed to the separation of Religion and State. They would also ban any form of discrimination against the followers of any religion and denomination

5. Judicial System: The MEK believes in justice and the rule of law. They would abolish the mullahs’ Sharia law, including the death penalty, and establish a modern judicial system, with the following principles:
• the presumption of innocence
• the right to defence
• effective judicial protection
• the right to be tried in a public court
• independent judges

6. Gender Equality: The MEK champions gender equality across the board, in political, social, and economic life, and would ban any form of discrimination against women. Women will be allowed to participate equally in political leadership and free to choose their own path in marriage, education and employment.

7. Market Economy: The MEK recognizes private property, private investment, and the market economy. They believe that all Iranian should have equal opportunity in employment and in business ventures. The MEK will also protect and revitalize the environment.

8. Equality: The MEK is committed to the equality of all nationalities and believes in protecting the language and culture of all Iranians. They also support the plan for the autonomy of Iranian Kurdistan, adopted by the NCRI.

9. Foreign Policy: The MEK’s foreign policy is based on peaceful coexistence, international and regional cooperation, and respect for the United Nations Charter.
10. Nuclear Policy: The MEK seeks a non-nuclear Iran with no weapons of mass destruction.