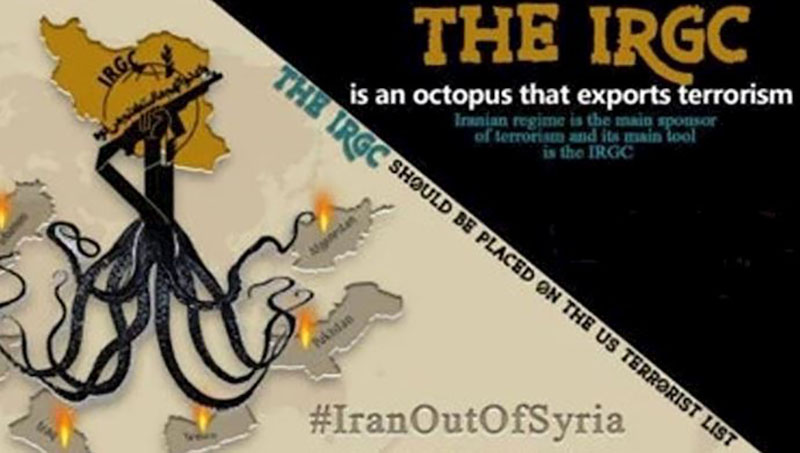 The article warns that the MEK is using “deceitful” social media campaigns to target “inexperience[d]” young people, who are “easily influenced” and “less informed”, to get them to commit “criminal activities tantamount to measures against national security”.
These national security crimes, by the way, are any sort of protest or political action from removing the forced veil in public to striking over unpaid wages. And in a nation where peaceful protest could land you in jail or worse, why would anyone not want to support the opposition?

This is nothing new. Mohammad Jafar Montazeri, head of the regime’s public prosecutor office, spoke about the growing activities of the MEK’s Resistance Units on social media on February 24, calling it the cause of “crime and sin” in Iran, something he termed as “terrifying” and a “warning”.

The comments, including a call for the authorities to shut down “disgraceful” messaging apps, are believed to be a way for the Regime to increase its internet censorship and domestic crackdown. After all, he previously warned that the Regime would face “alarming circumstances” if the “cultural threats” propagated on social media were not “managed”.

But Montazeri is far from the only mullah making these claims. Javad Javeed-Nia, Deputy Prosecutor General in Cyberspace Affairs, recently claimed that foreigners controlled 90% of the Iranian internet and that the MEK had “established cyber armies” to post “aggressive content” on social media.

The state-run Tehran Press has also acknowledged that the MEK is taking aim at the Regime and calling for regime change, with the Regime unable to combat the issue without a domestic crackdown. It said that even the loyal to the Regime were not immune to being convinced by the MEK.

Well, given the number of people in Iran desperate for regime change, this should not be a surprise. The Regime is failing to deal with the real issues of the Iranian people and so, of course, people would turn to a democratic opposition force.

With a crackdown on the internet likely, it is even more imperative that the West band together to launch a satellite over Iran to provide a free and open internet for the Iranian people to communicate with each other and the outside world.