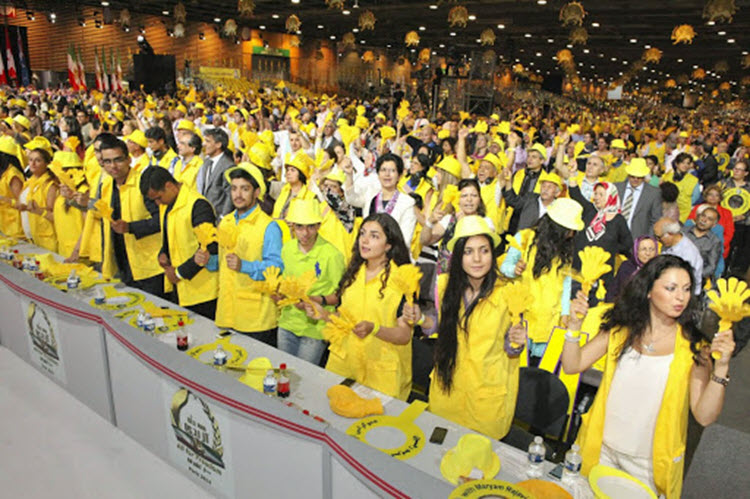 Iran has been the host to numerous executions and humans rights abuses including arrests, torture and ill-treatment of young people and dissidents. Even after the recent elections there were several executions of prisoners.

Young people have been arrested and imprisoned for attending parties. Oppression is on the rise.

There have also been numerous reports of political prisoners partaking in hunger strikes in protest against their sentences and ill-treatment by prison authorities.

During the first term of President Rouhani’s time in office, more than three thousand people were executed. This included many young people with the intentions of putting fear into society in an attempt to prevent popular uprisings – something that the regime greatly apprehends.

In addition to executing thousands of people, it must not be forgotten that the Iranian regime has also neglected to give many of these people fair and lawful trials.

At the event in Paris, the PMOI will be highlighting the plight of the brave young people of Iran. Many young people who were able to flee Iran will be in attendance and will tell their stories about what it was like to live in Iran. They will be the voice of hope for the Iranian people and will pledge their support for their brothers and sisters in the homelands, showing them and reminding them that they are not alone.

Many people, including the Iranian opposition, believe that the only way for the people of Iran to become free is via the overthrow of the regime. Those attending the gathering support the opposition in the quest for peace, freedom and respect.

At the past conferences, there have been very prominent political figures from all over Europe, the United States, the Middle East and the rest of the world. They attend to show their support for the opposition and to urge the leaders of their own countries to realise how barbaric the regime is and to act accordingly.

Awareness will be raised and it is a chance for the young Iranian people to unite and to show that the people want peace, not war. The people want democracy, not dictatorship. They will make calls to the international community to make the Iranian regime be held accountable for the crimes it commits.