Abdolhossein Abtan, made the revelation on April 25 in an interview published by the state-run Tasnim News Agency, which is affiliated to the regime’s terrorist Quds Force.

Abtan said: “The attack on Camp Liberty a few months ago was carried out by the Badr Organizations’ militants and I can now reveal that.”

Abtan, who holds Iranian and Danish citizenships and is touted as a candidate for the Iraqi premiership, is deputy to ISCI leader Ammar Hakim.

The Badr Organization previously known as the Badr Brigades or Badr Corps, was set up by the Iranian regime’s Revolutionary Guards Crop (IRGC) in 1982.

Hadi al-Ameri, who heads Badr Organization, is currently al-Maliki’s Minister of Transport. He accompanied Maliki during his 2011 visit to the United States and his meeting with President Obama. 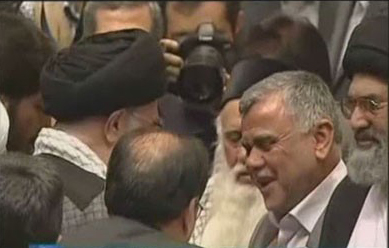 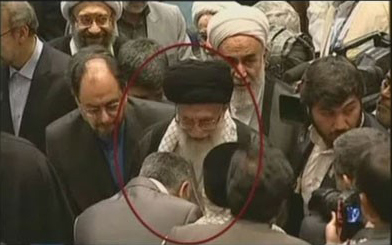 During the past three decades, the Badr Organization has been involved in hundreds of terrorist operations. The group had a principal role in the planning and execution of some 150 terrorist operations targeting the PMOI during the period 1992-2003, leaving a large number dead and wounded.

The official state-run Tabnak website affiliated with the former commander of the IRGC, Mohsen Rezaei, wrote on May 13, 2009: “After the [1979 Iranian] revolution, Esmail Daghayeghi (an IRGC commander) founded the 9th Badr Division with the help of his old friend, Mohsen Rezaei. It later became known as the Badr Corps.”

According January 27, 2007 issue of Sobhe Sadegh, an IRGC publication, former IRGC commander in Chief, Major General Yahya Rahim Safavi said: “The Badr Brigade, which was later turned into a division and after that into the Badr Corps, was founded by the IRGC’s Esmail Daghayeghi, who was killed during the Iran-Iraq war.”

Following the revelation of the Badr Organization’s involvement in the attack on Camp Liberty, which was widely published in the Iranian regime’s state-run news outlets, the Habilian Association, a branch of the Iranian regime’s Ministry of Intelligence and Security (MOIS), published a report on April 29, 2014, quoting Abtan as denying any involvement by the Badr Organization’s in the September 1, 2013, massacre at Camp Ashraf, the former residence of PMOI members before moving to Camp Liberty.

The unarmed residents of Camp Liberty who are recognized by the UNHCR as asylum seekers have been target of four massive missile attacks in 2013 during which 14 residents were killed and hundreds wounded.