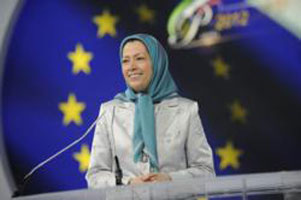 Referring to recent developments regarding the mullahs’ election, Mrs. Maryam Rajavi, the president-elect of the Iranian Resistance, described the elimination of Akbar Hashemi Rafsanjani as a candidate “in the clerical regime’s election masquerade” a “horrific rupture and extreme internal purge at the pinnacle of the mullahs’ regime.” She said, “The move will both shrink and fracture the regime’s power base, and aggravate as never before internal tension and discord, thus expediting the regime’s unraveling and overthrow.”

The Grand Annual Gathering sponsored by parliamentarian committees around the world will host numerous dignitaries to discuss Iran’s election charade and Iraq’s shameful treatment of the People’s Mojahedin of Iran (PMOI) at Camp Liberty, freedom-loving Iranians who oppose the mullah’s oppressive regime.

Among the speakers scheduled to date for the event are:

Newt Gingrich, Speaker of the House of Representatives (1995-99) and U.S. presidential candidate.

Ingrid Betancourt, member of the Colombian Senate (1998-02) and presidential candidate

Michele Alliot-Marie, French Minister of Interior, of Foreign Affairs, of Defense, and of Justice (2002-10)

Bill Richardson, Ambassador to the UN (1997-98) and U.S. presidential candidate