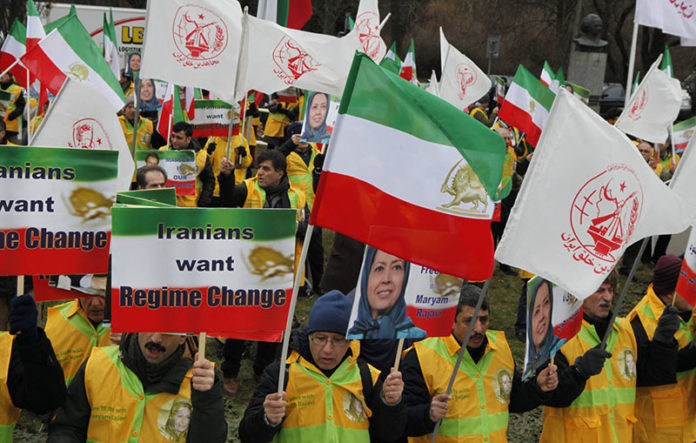 The Iranian Regime has already killed hundreds of thousands of its own people inside Iran in order to maintain control, along with hundreds of people living in other countries, including human rights defenders, critics of the Iranian leaders, political activists, and dissidents.

Saeed Karimian, an Iranian-born British citizen, was a television executive, chair, and owner of 20 TV channels operating in Persian, Arabic, Azeri and Kurdish languages. He was sentenced to death in absentia by Iran’s judiciary system.
In 2017, he was shot dead along with his Kuwaiti business partner in Turkey. The Turkish authorities blamed the mullahs after two supposed operatives were arrested in Serbia trying to return to Iran with fake passports.

Ahmad Mola Nissi, a Dutch citizen of Iranian origin, was a prominent figure in the Arab Struggle Movement for the Liberation of Ahvaz, which calls for a separate state in western Iran.

In 2017, he was shot dead in The Hague. The Dutch government publicly announced it had “strong indications” that the Regime was behind this.
Another European citizen and opponent of the Iranian regime, Mohammad Reza Kolahi Samadi, was killed in the Netherlands in 2015.

However, Iran’s terrorist plots are increasingly being foiled by the relevant authorities.
In 2018, Denmark thwarted a plot to assassinate an Arab separatist leader living in their country and the Danish Security and Intelligence Service concluded that an Iranian intelligence service had planned it.

Iran also routinely plots assassinations of foreign politicians that the Regime opposes, such as Adel Al-Jubeir, the former Saudi ambassador to the United States. Two Iranian nationals were convicted of plotting to assassinate him at a restaurant in Washington DC in 2011.

Also, at least two terror plots in Europe were thwarted during 2018 alone, including the Free Iran gathering in France, where over 100,000 people attended, and the Iranian New Year gathering in Albania.

Dr Majid Rafizadeh wrote: “When pressure is imposed on Tehran, the Iranian regime responds by employing the only modus operandi that it is familiar with: carrying out terrorist attacks and assassinations on foreign soil. This does not mean that the international community should pursue appeasement policies toward the Iranian leaders. Instead, the Iranian leaders must be more forcefully held accountable for conducting such heinous acts, imposing fear in other nations, and destabilizing peace and security across the globe.”