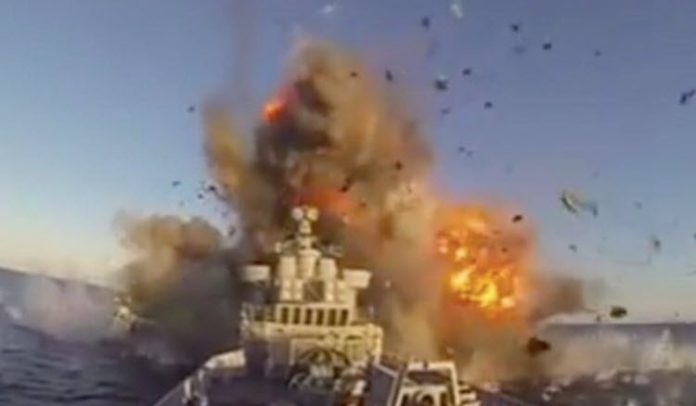 It’s a remotely piloted small boat filled with explosives, a weapon designed by the  Iranians. The amount of explosives this drone boat carries is not known, but the rebels are believed to have enough to threaten ships that pass through the strategic sea lanes off the Yemeni coast. The boats were first detected after one was used in an attack January 30th on a Saudi frigate in the Red Sea.  Although the Navy has intelligence photos of these deadly boats, it has declined to release them.

As part of a strategy to encircle its rival, Saudi Arabia, Iran is backing Houthi rebels.  Its ultimate goal is to take control of the peninsula.

One of Iran’s objectives is to control the strategic Bab el-Mandeb or Mandeb Strait on the southern Red Sea that is a major shipping passage.  Iran has, in the past, threatened to shut down shipping in the Persian Gulf by targeting traffic passing through the Hormuz Strait.