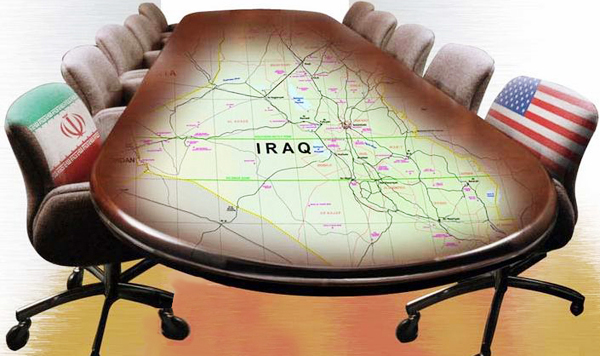 “Muslims should be aware of Takfiris and arrogant’s common goal to create a war in Muslim world – both Shias and Sunnis should be vigilant,” one message said, ironically accusing foreign powers of fomenting sectarian conflicts in spite of the fact that it is Iranian support that has largely been responsible for Maliki consolidating power into a small set of hands serving exclusively Shiite interests.

The US, interestingly enough, has apparently begun to consider alternatives that would counteract this situation. Although the ultimate extent of US involvement in the situation remains unknown, the Washington Postreports that the Obama administration has begun considering which Iraqi figures might make suitable alternatives to the intensely sectarian and authoritarian Maliki. Obama had initially spoken out to Maliki insisting that he personally open up his government to minorities in order to resolve the crisis, but recent moves suggest that US officials are coming to realize that this outcome is extremely unlikely.

Maliki is widely recognized as a close ally of the Iranian regime, and possibly even a proxy for Tehran who has carried out killings of Iranian dissidents on the mullahs’ behalf. This influence over the situation is arguably enough to make Iran a dangerous aspect of the conflict, regardless of its level of military involvement. AFP quotes Pentagon spokesperson Rear Admiral John Kirby as saying that “small numbers” of Iranian troops are in Iraq already, though he would not go further than that.

The Washington Postagrees with this assessment, though it reports that thousands of Iranians have already volunteered to enter the fight. It also acknowledges that the unsecure border between Iraq and Iran makes it very difficult for Western powers to monitor the flow of troops from one nation into the other.

These conservative estimates of Iranian military involvement contradict reports from inside Iraq indicating that the head of the Iranian Revolutionary Guards’ Quds Force is effectively in charge of the war inside Iraq, and is hard at work reorganizing the Iraqi army. Such estimates also fail to account for Iran’s role in financially supporting, directing, and supplying fighters to Shiite militias.