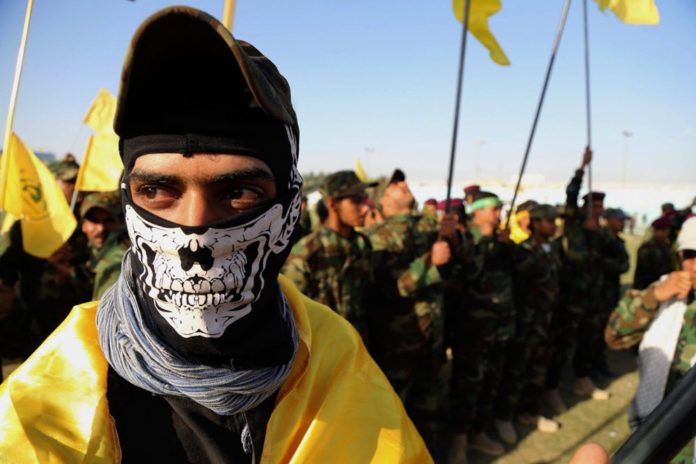 The Iranian Regime has two methods of destabilisation in the Middle East; inserting a proxy force to weaken the nation and take control by force (i.e. Yemen) or the same thing, but taking control through “elections” (i.e. Lebanon). In Iraq, the Regime has chosen the latter, but make no mistake the PMF are a terrorist fighting force (as with the Lebanese Hezbollah) who will fight and die to protect Iranian interference in their country.

The PMF have run out pro-independence Kurdish groups, but have failed to stop the return of ISIS, which shows you exactly what the Iranian Regime is really scared of. They don’t worry about terrorists, but politically engaged citizens in Iran and across the world. That is the threat to the Iranian Regime.

Iran like to portray itself as the lone defender of Shia interests everywhere, but not when those interests conflict with the wealth and power of the Regime. This was clear to the Iraqi Shias (and Iraq as a whole) during the last elections, which is why pro-Iran parties did so poorly, and now, as anti-Iranian influence protesters take to the streets of Iraq, citing in large part Iran’s halting of electricity exports.

The PMF has been told by Iran to play nice (or at least appear to) in the coming months in order to appease anti-Iran sentiment among the Iraqis and convince the Iraqi government not to abide by US sanctions, but this is not a permanent change. Iran will continue to act in whatever way best suits its wishes at that time and at present this requires pretending to appease Iraq. This will change once it is clear to the mullahs that Iraq is not backing down.