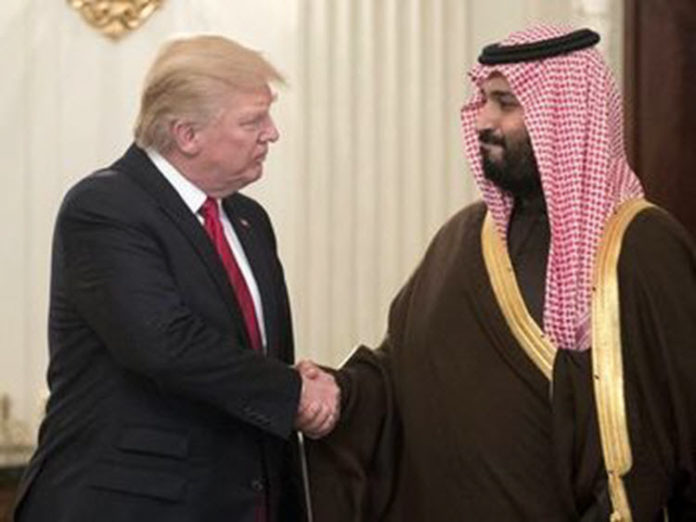 Even more unexpected were the “yes” responses by more than 50 Muslim heads of state to attend the Arab Islamic American Summit on May 21st, Rafizadeh wrote on Tuesday for the HuffPost.

The timing, place and reception of the American president’s remarks at the Summit really should have come as no surprise. They reflect the shared goal of western and Muslim nations of “a coalition of nations who share the aim of stamping out extremism.” And in that context, in comments long overdue for their clarity and lucidity, the American president called out the world’s number-one state sponsor of terrorism: Iran.

In his words, “no discussion of stamping out this threat would be complete without mentioning the government that gives terrorists all three—safe harbor, financial backing, and the social standing needed for recruitment… From Lebanon to Iraq to Yemen, Iran funds, arms, and trains terrorists, militias, and other extremist groups that spread destruction and chaos across the region. For decades, Iran has fueled the fires of sectarian conflict and terror.”

It was a statement of policy long awaited in the Arab world and beyond. For too long, groups such as ISIS and Al-Qaeda have hoarded the headlines with their vicious massacres, bloody videos, and offensive rhetoric. They were allowed to define the narrative as “Islam versus the infidels,” to the dismay and outrage of Muslims worldwide, instead of calling it what it is: terrorism, plain and simple.

This is not about Islam versus the West, or Arabs versus Persians, or Sunnis versus Shiites. It is about the civilized peoples of the world – of all faiths and cultures – joining together to defeat a barbaric, violent extremism that spreads destruction and chaos in the region, and brutalizes civilian populations, most of whom are in fact Muslim. To do so, they must recognize that the heart of the leviathan beats in Tehran. That fact has been well known to the peoples of the Middle East for almost four decades. As Trump stated, Iran is “a government that speaks openly of mass murder, vowing the destruction of Israel, death to America, and ruin for many leaders and nations in this room.”

While the Iranian people did not have voice at the summit, Maryam Rajavi, the President-elect of the National Council of Resistance coalition, whose main component, the Mujahedin-e Khalq (MEK), espouses a modern and tolerant Shia Islam, welcomed the vision of peace, prosperity and alliance against extremism propagated at the Riyadh Summit, and called on the international community to confront the Iranian government’s export of terrorism and fundamentalism, its ballistic missile program, its interference in the internal affairs of other countries, as well as its destructive regional and international role. Iran’s velayat-e faqih theocracy, with all its factions, sees only one hope for its survival: dogged pursuit of the fundamental policies of export of terrorism abroad and harsh suppression within Iran. Its reckless drive to extend its influence throughout the region provides Syria’s Bashar al-Assad with the extremist reinforcements, funds and weapons he needs to massacre Syrian civilians, drive millions from their homes, and turn city after city into wastelands. None of those resources is turned on ISIS.

In Yemen, Houthi rebels armed and financed by Iran spread death and destruction. In Iraq, militia led by Iran’s Revolutionary Guards Corps incite sectarian strife, and thwart efforts by Iraq’s central government to unite the nation in a campaign to isolate and drive out ISIS. To confront this threat to the region and the world, the international community must cut off the flow of funds and forces from Tehran. In a nutshell, as Mrs. Rajavi emphasized, “The ultimate solution to the crisis engulfing the whole region is the overthrow of the velayat-e faqih regime.” The 100,000 Iranian expats and their supporters from around the world who are expected to attend an international convention in Paris on July 1, will echo that message. When Iran’s people have freed Iran from Islamic extremism, replacing the mullahs’ rule with freedom and popular sovereignty, in doing so they will bring the goal of stamping out extremism in the Middle East region that much closer. It is time to enable them realize that task.