The Monitor quoted several experts to support the notion that this was a natural development in the Iran-Turkey relations, given that they have a long history of coexistence and cooperation, and arguably more reasons to work together than to remain at odds. Nonetheless, their backing for opposing factions in the Syrian Civil War is a serious cause for discord. And whereas the Monitor may be correct that Turkey and Iran are working their way past it, other reports concerning the OIC gathering show that the issue is only contributing to the degradation of Iran’s relations with its key regional adversaries. 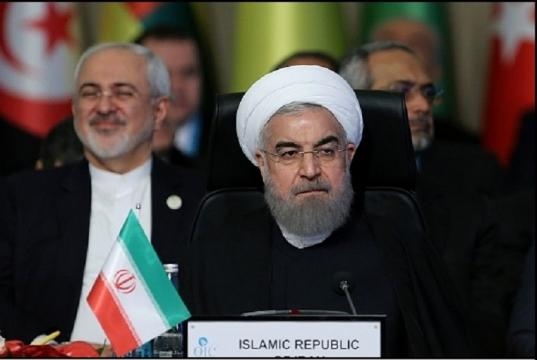 Trend News Agency reports, for instance, that Iranian President Hassan Rouhani and Foreign Minister Javad Zarif declined to participate in the event’s closing meeting. Their early departure apparently served as a protest against “anti-Iranian” statements in earlier sessions. Even before the summit began, Zarif publicly objected to efforts by Saudi Arabia to reference Iran’s intrusive regional policies in the OIC draft declaration – references that apparently made their way into the summit’s final announcement.

This situation has apparently undermined prospects for broad-based Middle Eastern cooperation in numerous areas. Following the OIC summit, Iran and Saudi Arabia are both scheduled to participate in a meeting of OPEC and several non-OPEC oil-producing countries, where a possible freeze on global production will be discussed. But the prospects for such a freeze now appear quite slim, since the Saudis have demanded full participation, while Iran has refused to participate as it works to regain market share lost under economic sanctions.Saudi Arabia and Iran, always adversaries, have been more sharply at odds in the wake of the nuclear agreement between Iran and the West, and the outbreak of an Iran-backed rebellion in Yemen, which threatens to give the Shiite Islamic Republic a permanent foothold on the Arabian Peninsula. Diplomatic ties between the two regional powerhouses were cut off altogether in January after Iranian mobs attacked the Saudi embassy and consulate in retaliation for the execution of a Saudi dissident cleric.

The OIC summit may or may not indicate that Turkey is insulated from the broader effects of the Iran-Saudi Arabia conflict. But other reports seem to make it clear that the Saudis have it in their power to undermine Iranian attempts to reconcile with other countries in the Middle East and beyond. World Politics Review highlighted a series of examples on Friday, focusing on Africa.

The article points out that several Muslim-majority African countries joined the Saudis in breaking off ties with Iran early this year, not just in solidarity with their Saudi partners but also out of a genuine fear of the political brand of Shiite Islam that has been fueling Iran’s expansion of power around the Persian Gulf and beyond.

Iran’s apparent imperial ambitions can be expected to remain a cause for concern among OIC countries at least for as long as Western policy favors rapprochement instead of its traditional course of sanctions and containment. Thus an editorial that appeared in the Post and Courier on Friday emphasized that the US government has a responsibility to respond to Gulf Arab nations’ concerns regarding Iran.

The article gives US Secretary of State John Kerry credit for acknowledging the validity of at least some of these concerns, especially in light of the seizure of at least three arms shipments apparently in transit from Iran to Yemen. But the same article criticizes Kerry for refusing to clarify the US’s actual security policies during his recent visit with ministers from the countries that make up the Gulf Cooperation Council.

President Barack Obama will have the opportunity to provide this clarity in the coming week when he visits the GCC himself. But if he does not do so to the satisfaction of those governments, he will likely remain under fire for maintaining a policy that is more akin to Turkey’s efforts to privilege trade and bilateral cooperation ahead of those issues that would otherwise undermine relations with Iran.