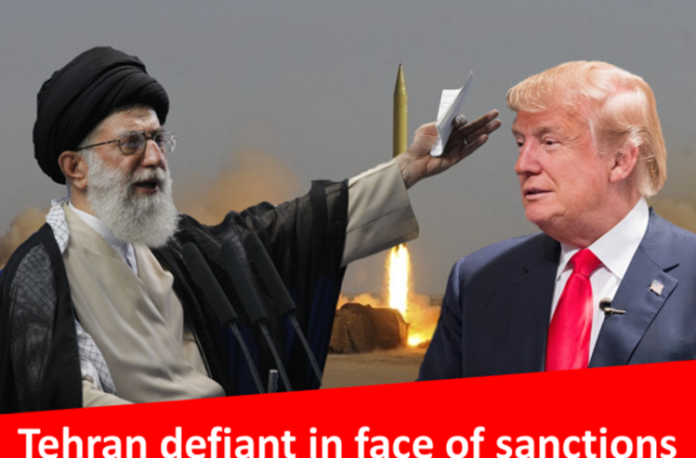 Religious differences are not the focus of this struggle — rather this is a geopolitical power struggle for control of Iraq, Syria and Kurdistan, and for expanding diplomatic and strategic reach throughout the region.

Peter Van Buren, 24-year U.S. State Department veteran and author writes in his article published by Japan Times that, “Iran is lined up to be the big winner in Syria. Islamic State’s defeat will significantly lessen Sunni influence, and Tehran’s role as Syrian President Bashar Assad’s protector will only increase now that it appears Assad will remain in control of some portion of the country. Iran will have pieced together a land corridor to the Mediterranean.”

He says that the Saudis will be left with little influence, as will the US. He adds, “American efforts may wind up as little more than fumbling around to keep Israel and Jordan from overreacting to the increased Iranian influence on their borders.”

As for Saudi Arabia, he says, “Riyadh appears to be pivoting toward warmer relations with the Shiite government in Baghdad. That a Saudi airline is announcing the first return of direct service between the two countries since Iraq President Saddam Hussein invaded Kuwait in 1990 is no coincidence, nor is it an isolated event.”

Still, the Saudis have little to offer Iraq in comparison to Iran. Tehran’s ties to officials in Baghdad include Iranian money that continues to support Iraq, and the Shiite militias are still mostly under Iranian influence, according to Van Buren.

However, power struggles “create flash points,” he says, “and the Saudi-Iranian fight post-Islamic State is no exception. The Saudi-Iranian proxy war in Yemen has settled into a version of World War I-style trench warfare, with neither side strong enough to win nor weak enough to lose. In an ugly form of stasis, the conflict seems likely to stay within its present borders.”

He calls Kurdistan the “powder keg”. After the Kurds voted for independence in a September 25th referendum, Iran and the Iranian-backed government in Baghdad made it clear that an actual Kurdish nation will not be tolerated. Van Buren writes, “With Islamic State nearly defeated and combat-tested Shiite militias ready for their next tasks, Tehran and Baghdad no longer need to keep the Kurds on their side. Fighting has already broken out around Kirkuk, an oil-rich city in Iraqi Kurdistan, between forces supported by Baghdad/Tehran and Kurdish fighters — leaving a gap for the Saudis to offer financial or covert support to the Iraqi Kurds.”

Van Buren believes that Saudi involvement could turn an Iraqi civil war into a new struggle on Iran’s western border, and cause further unrest from its Kurdish minority inside Iran.

He says further, that the changing balance of power in the Middle East may leave out the U.S. because Washington’s influence in Baghdad is limited, and US relations with Iran are “in a shambles” under the Trump administration. As well, American troops are unlikely to battle Iranian-led militias in support of the Kurdish independence that Washington says it doesn’t support.

Van Buren say that the now U.S. has few options, other than supporting the Saudis in whatever anti-Iranian meddling they do in Iraq.