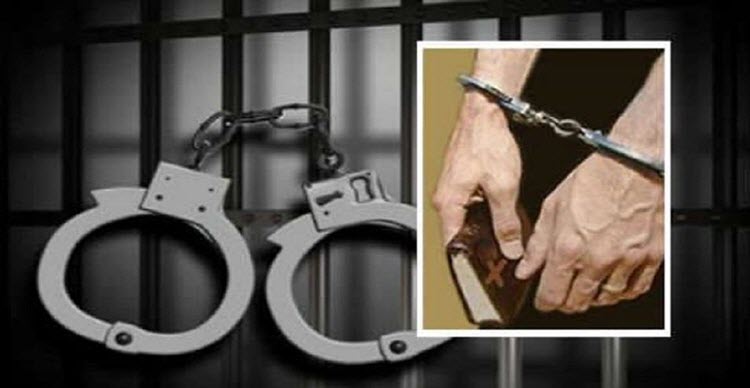 However, the same Al Jazeera report also pointed out that American hopes had been tempered by a chilly Iraqi reception of Tillerson’s subsequent visit to Baghdad itself. While in Riyadh, Tillerson urged the Iraqi government to disband and evict the Popular Mobilization Forces now that the fight is all but over against Sunni militants organized under the banner of the Islamic State of Iraq and the Levant. The PMF consists of an array of Shiite civilian militias, many of them backed by the Islamic Republic of Iran. As the New York Times pointed out in its own report on Wednesday, this coalition stepped in for the collapsing Iraqi military, taking over approximately one-third of the country by 2014 before being loosely absorbed into the armed forces.

Although this ostensibly brought the PMF under the command of Baghdad, the Times also indicated that the component groups generally retain independent command hierarchies and that many of them fly Shiite flags instead of the Iraqi national flag. These factors, together with their explicit Iranian backing and training, have convinced many observers that even now the PMF is effectively an Iraqi proxy for the Iranian Revolutionary Guard Corps.

At the same time, Iraq’s central government is arguably dependent upon the PMF both for military functions and for the sake of political expediency. This may explain, at least in part, Iraqi Prime Minister Haider al-Abadi’s decision to defend the PMF in the wake of the American command for the coalition’s removal. Tillerson’s visit to Baghdad was preceded by a message that was sent from Abadi’s office, although notably not from the prime minister himself, rebuffing the demand for eviction of the PMF.

According to Reuters, Abadi then weighed in personally when he and Tillerson met face to face. He described the PMF as “part of the Iraqi institutions,” and the prospective “hope of the country and the region.” The prime minister thus rejected the notion that the paramilitaries were acting as proxies for Iran, although one of the PMF’s most prominent constituent groups subsequently took the opportunity counter the American efforts in an attempt to drive a wedge between Washington and Baghdad.

“Your forces should get ready to get out of our country once the excuse of Daesh’s presence is over,” said Sheikh Qais al-Khazali, the leader of Asaib Ahl al-Haq, addressing American officials. Daesh is a pejorative Arabic acronym for the Islamic State.

Perspectives differ as to whether the outright rejection of American advice is out of character for Prime Minister Abadi, and some observers may view his comments as better reflecting the attitudes of other members of his government, as well as the political necessities of his position. The Al Jazeera report emphasizes that Abadi has been consistently viewed as a less divisive figure than his predecessor, Nouri al-Maliki, who oversaw a purge of minority representation in the Iraqi government, setting the stage for deepening Iranian influence over the Shiite majority. In fact, the report even quotes Ranj Alaaldin of the Brookings Doha Center as saying, “The US backs Abadi and sees him as a counterweight against Iran-alliances.”

But this perspective has been called into question by some close observers of Iranian affairs, including the National Council of Resistance of Iran, which warned that the replacement of Maliki with Abadi would still retain too much Iranian influence over the prime minister’s office. Nevertheless, the US State Department’s recent engagement with the Arab world has underscored its own closeness with the government in Baghdad. And as Reuters points out, this makes Iraq one of the few countries to be closely allied with both the US and Iran.

The complexity of that situation has become more obvious in recent weeks, as Iraq has faced new domestic challenges in the wake of the contraction of ISIL presence in the country. Last week, the PMF contributed substantially to the storming to the city of Kirkuk, leading to its recapture by Iraq’s central authority after the area had previously been taken from ISIL by the Kurdish regional government and its own military forces. This has placed the US in a difficult position on account of its traditional alliance with both Baghdad and Erbil, the capital of the Kurdish region. Reuters noted that Tillerson even called attention to both of these alliances, expressing hope for their coexistence, during his trip to Baghdad.

But many analysts see these hopes as fantastical, and this was the emphasis of an in-depth article published by CNN regarding apparently inconsistent American policies in the Middle East. The author, Michael Weiss, argues that despite efforts to downplay Iran’s role in the recapture of Kirkuk, the White House effectively sided with Iran against the Kurds by remaining silent in the face of last week’s assault on Kirkuk.

The inconsistency of such silence is obvious in light of US President Donald Trump’s efforts to pursue a much more assertive strategy for confronting the Islamic Republic and its aspirations for regional imperialism. As part of this project, Trump announced the large-scale expansion of economic sanctions against the Revolutionary Guards, which is primarily responsible for Iranian intervention into foreign conflict zones, including intervention through local proxies like the PMF.

Weiss notes that Washington’s denial of a Shiite militant presence at Kirkuk was undermined by reports that at least two figures with well-known links to Iran were present for the lowering of the Kurdistan regional government’s flag. One, a top Iraqi security official named Haider al-Ameri, is actually considered by US intelligence to be an agent of Iran. The other, Abu Mahdi al-Muhandes, is an advisor the Qassem Soleimani, the head of the Revolutionary Guards’ foreign special operations wing, the Quds Force.

Furthermore, Soleimani himself was reportedly in the area before the operation to retake Kirkuk, and Weiss quoted one Kurdish official as saying, “Iran wanted to expand its influence and remove the last obstacle to control all of Iraq. The whole operation was planned and executed by Qassem Soleimani.”

UPI reported on Wednesday that Iranian authorities had begun reopening border crossings with the Kurdish region of Iraq, which had been closed in advance of the storming of Kirkuk. This arguably sends the message that the Iranians already consider the conflict between central authorities and Kurdish authorities in Iraq to already be over, perhaps because of the lack of direct American support for the Kurdish cause.

The United States’ avoidance of that conflict can certainly be seen as undermining its own objections to the continued presence of the PMF, which has seemingly won a substantial victory over the Kurds. But this silence may be the cost of the US remaining close to Abadi. The CNN article argues that the Iraqi prime minister had to retake Kirkuk if he wanted to stand any chance of retaining his position next year. And while Abadi’s comments on the PMF suggest that he may not be the bulwark against Iranian influence that Washington would like him to be, he is expected to face political challenges from even more pro-Iran figures, including Ameri, the alleged Iranian agent.
Some might say that Abadi himself has become more pro-Iran during his tenure. Al Jazeera points out, for instance, that he personally visited Tehran on Wednesday, just two days after receiving the US secretary of state in Baghdad. It was the second such visit from Abadi in four months.

But on the other hand, Al Jazeera also points out that Abadi has been a driving force between many of the recent measures that brought Iraq and Saudi Arabia closer together – measures that continue to inspire tentative hopes that trans-Arab unity will begin to push Iran out of its zones of regional influence.

In essence, Prime Minister Abadi appears to be putting forth some effort to play both sides of the conflict between Tehran and Riyadh, much as the US appears to be playing both sides of the conflict between Baghdad and Erbil. This is assuredly not an ideal situation for Washington, but it is difficult to envision a short-term solution that doesn’t result in the loss of American influence over one or the other of its Middle Eastern partners.

Assuming that direct appeals to the Iraqi government continue to prove ineffective, the White House will presumably need to formulate a more comprehensive plan for challenging Iranian influence while providing weakened states like Iraq with alternative security apparatuses that are more amenable to Western interests. In the meantime, the PMF will likely continue to advance Iranian goals.