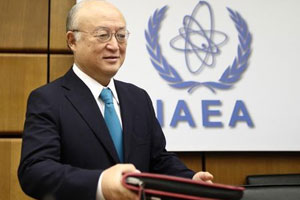 But CNN reiterates a point that was made on Wednesday by the Associated Press: not much has changed with the bill’s unanimous passage through the Senate Foreign Relations Committee on Tuesday. Congress will now have somewhat less time to consider its objections to a deal that comes before it, and Iran will no longer be required to demonstrate that it has ceased its support for international terrorism. But the congressional role in the process will remain as strong as original intended, provided that the bill passes the floors of the House and Senate and either avoids or overrides a presidential veto.

This is not to say that Obama’s critics are universally satisfied with the assurances that the bill provides. For instances, CNN quotes Wisconsin Republican Senator Ron Johnson as objecting that the Iran Nuclear Agreement Review Act establishes a “pretty low threshold” for Congress to provide tacit approval of a deal. Despite being in the opposite camp as the president on the Iran nuclear issue, Johnson agrees with the administration’s narrative that Obama did not cave in to pressure from his strongest opponents.

“He probably came to the conclusion that no matter what the deal is, he can hurdle that bar,” Johnson said, referring to the fact that the president only needs the approval of 34 out of 100 Senators in order to be able to veto a majority rejection of the nuclear agreement.

But whether or not Obama can truly “hurdle that bar” remains to be seen, and it is sure to depend on a number of factors that have yet to be pinned down in seven-party negotiations that are set to resume in the coming week. Those talks, if successful, will clarify some points that have continued to be disputed in the wake of the April 2 framework agreement, such as whether or not Iran will be required to demonstrate compliance with the terms of a final deal before having economic sanctions removed.

The Iranian fact sheet on the framework agreement asserts that all sanctions will be removed as soon as the final agreement is signed, but a deal that actually includes this provision would certainly be subject to much greater congressional opposition in the US. Fittingly, the Obama administration denies that there is or will be any such concession.

Other issues remain outstanding and were not even addressed by the framework. Among these, some skeptics of the deal have emphasized the question of whether Iran will be required to provide the information necessary for the completion of an ongoing and long-stalled International Atomic Energy Agency probe into the past military dimensions of Iran’s nuclear research.

Some experts feel that the outcome of such a probe is necessary to the success of any inspections regime established under a final agreement, as it provides Western powers with a baseline understanding of Iran’s current capabilities, making it much easier to determine when more advanced research has been pursued in violation of the international agreement.

The IAEA probe entails twelve key questions about Iran’s past work, of which Iran has provided substantial information regarding just one in roughly a year and a half of dealings with investigators. IAEA officials have frequently claimed to be making progress in the probe, and just as frequently have criticized Iran for stonewalling the process and refusing to come clean on outstanding issues.

Reuters indicated on Thursday that this trend may be repeating once again, as the IAEA claims to have had a “constructive exchange” with Iran this week, but reports no new meaningful progress. In fact, Iran was expected to propose new measures for completing the process in mid-April, and the lack of a substantive statement from it or the IAEA on Thursday seemed to imply that no such measures had been outlined or instituted.

Given the varieties of expert opinion that have been expressed about the importance of this probe and about Iran’s conduct in dealing with it, it seems likely that the lack of a meaningful resolution before the June 30 deadline for a nuclear agreement may be another tripping point for congressional approval of that agreement.

Along with other issues, a lack of progress on the issue of Iran’s dealings with the IAEA may greatly increase the likelihood that even with the supposed low threshold established by the Iran Nuclear Agreement Review Act, the Obama administration may not be able to clear the hurdle in absence of a deal that provides many concessions to Iran or fails to take vigorous action to guarantee full Iranian compliance.