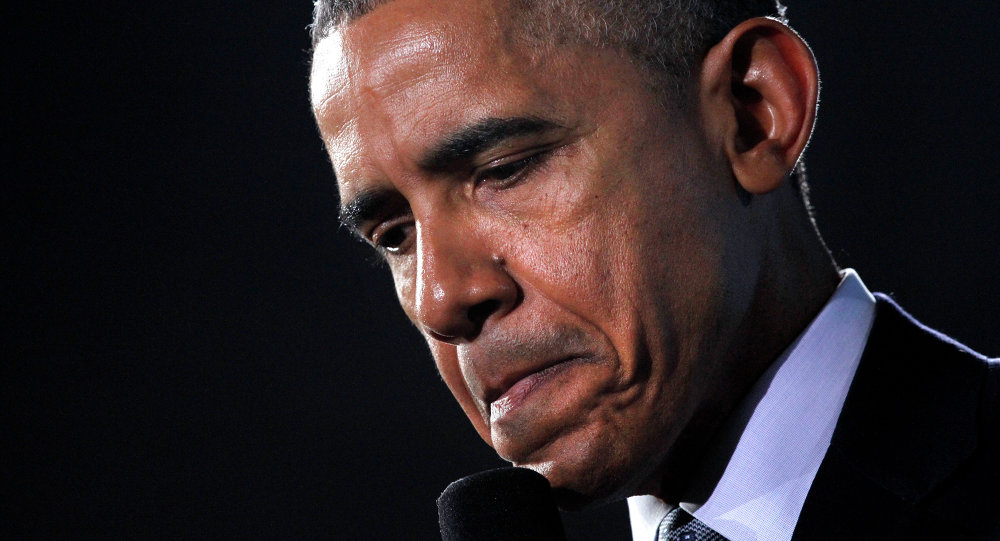 Like many of his colleagues, Issa couched his criticism in terms of a broader indictment of Obama’s foreign policy, accusing him of “coddling Iran” in order to defend an imagined foreign policy legacy while neglecting the actual demands of American national security interests.

Administration officials have assured their Iranian counterparts that Iranian business travelers will be able to receive expedited, long-term, multiple visit visas in spite of the new regulations that were signed into law by President Obama. This move comes shortly after the administration declined to respond to urging from Congress that it take punitive measures in response to an Iranian ballistic missile test that was recently confirmed to be a violation of UN Security Council Resolutions.

The two adjacent incidents prompted Omri Ceren of the Israel Project think tank to declare that the Obama administration’s current policies suggest that it is acceptable for Iran to test banned weapons but not for the US to aggressively defend its borders against possible incursions by foreign terrorists.

In other words, the latest criticisms are an extension of concerns that emerged during the negotiations over Iran’s nuclear program which concluded in July. Specifically, the administration’s opponents have been consistently worried about the US giving away leverage over the Islamic Republic and leaving itself with a diminished toolbox for future enforcement and punishment.

The administration has insisted that the success of the Iran nuclear deal hinges on the threat of re-imposed economic sanctions in the event of Iranian cheating. But permissive measures like Obama’s response to the visa waiver issue raise serious questions about whether the administration will actually be willing or able to make a serious response to violations.

The promise of rapprochement with the Islamic Republic has arguably contributed to a change in international attitudes toward it, and many opponents of that regime have expressed concern that once economic sanctions are removed, it will be difficult to reestablish the international consensus that would be needed to impose them once again.

On one hand, the head of the Tehran World Trade Center has voiced the opinion that Iran’s desire to join the World Trade Organization could be used to strong-arm it into making economic changes that could lead quickly to the closure of domestic businesses. But this is an issue that is potentially far separate from any expectation of political and diplomatic changes. And in any event, it would be necessary for leading economies like the United States to exhibit political will to force changes in any sphere.

In the wake of the visa issue and the broader trend toward rapprochement, there is significant doubt that the US or its partners would do this, especially if they worried that doing so would interfere with the nuclear deal. In fact, the Obama administration’s willingness to circumvent visa waiver restrictions is apparently a response to Tehran’s warnings that any interference with business travel could be interpreted as violation of the deal’s promises of sanctions relief. The same argument could theoretically be made about interference with WTO membership.

If Iran does achieve that membership, it will be a major reversal of fortunes for Iran in light of current economic circumstances within the country. This week it was reported that Iran had diminished its national budget for the coming year by 2.6 percent compared to the current year. On Wednesday, The National clarified that this was presumably motivated at least in part by the International Monetary Fund’s determination that Iran would be facing zero economic growth in 2016. Factoring in population growth, economic indicators will actually contract on a person-by-person basis.

This suggests that the US and Iran’s other traditional adversaries could have the opportunity to exert even greater economic leverage over Iran than in recent years, if not for a trend toward rapprochement and a general commitment to facilitating economic improvements in Iran through sanctions relief and expedited business visa waivers.

The Obama administration is arguably setting the tone for these trends, but that has led to extensive moves toward cooperation and economic investment amongst countries in Europe and closer to Iran. Almost immediately after the conclusion of nuclear negotiations, EU member states began to send governmental and business delegations to Iran, and soon after that, Iranian officials were invited to visit Europe as well.

President Hassan Rouhani himself was scheduled to visit Italy and France in November, but this was forestalled by the terrorist attacks in Paris. A rescheduled visit to Paris was recently announced for January, and now NDTV is reporting that Rouhani’s planned stop at the Vatican is set to take place around the same time.

While this is indicative of a general sense of friendliness toward the so-called moderate Iranian president, other developments suggest an even more direct impact of Obama administration attitudes upon foreign economic policymakers. The Economic Times reported on Wednesday that the Indian government had initialized an easing of the visa application process for Iran, meaning that it would be giving less scrutiny to persons traveling from Iran, in much the same way that Obama administration promised it would circumvent waiver restrictions for travelers to the US.

India is Iran’s second-largest Asian oil buyer after China, and it is apparently angling to stay ahead of competition from China and neighboring Pakistan for access to newly opened Iranian markets. But India also extended its easing of visa procedures to China, suggesting the possibility of this competition turning into multi-lateral cooperation, which could in turn make it that much more difficult for future economic enforcement by the US or other Western nations.

Meanwhile, Iran is also looking forward to greater cooperation with minor players, as well, such as Azerbaijan, which recently concluded a contract to export electricity to the Islamic Republic, according to Trend News Agency.

And economic exchanges may only be the beginning of this cooperation. Xinhua News Agency reported on Wednesday that Iran and the Gulf Arab state of Oman had engaged in joint naval maneuvers. These were officially described as rescue and relief drills, but the report also acknowledged that the two countries had arranged to exchange military instructors and technical information, and to expand general military cooperation.

Earlier this week, the Obama administration was criticized for apparently altering a report on human trafficking in order to bolster Oman’s record, in exchange for its role in facilitating nuclear negotiations between Iran and the US. The story expanded criticisms of the administration’s permissiveness to include at least one nation other than Iran, and specifically a nation that is showing signs of collaborating with Iran separately from the US.