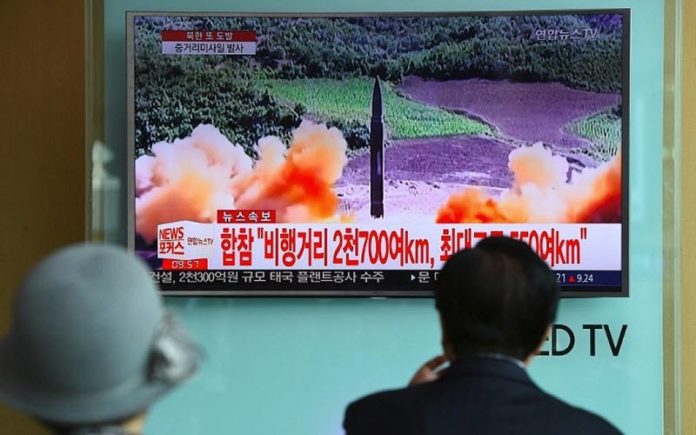 A few days ago, the chair of the North Korean Supreme People’s Assembly visited Tehran, after the nuclear and hydrogen missile tests, accompanied by a military and technological delegation.

It is no wonder that the two countries are secretly collaborating on their nuclear programme, considering that the Supreme Leader of Iran, Ali Khamenei, has been an admirer of North Korea since his days in Iran’s Ministry of Defence, shortly after the Iranian Regime was established.

Whilst on the surface, Iran may appear to be conforming to the 2015 agreement, which restricts their nuclear weapons development in exchange for sanctions relief, there is much evidence to suggest that Iran is violating the deal, not least by helping North Korea develop their nuclear weapons.

Considering this major problem, it is strange that the German Chancellor Angela Merkel has suggested that a similar nuclear agreement is struck with North Korea. Surely using a broken agreement as a model for future ones is just asking for trouble.

Althayidi wrote: “What is ironic is that Iran lost the desire in this agreement and is threatening to exit it.”

He cited an interview that Ali Akbar Salehi, the head of the Atomic Energy Organization of Iran, did with German newspaper Der Spiegel, in which he stated that Iran would revert to its destructive ways (as if it hadn’t already) if the West were to threaten them further.

Althayidi continued: “What successful model does Merkel want to market to us? Shall people in the Gulf and other countries rest assured based on illusions until they wake up one day to an Iranian nuclear test in the Indian Ocean for instance? In all cases, the Khomeinite Iran is dangerous with or without nuclear power. However, with nuclear power, it’s more dangerous than North Korea and this is because of the Iranian regime’s violating doctrine. A resolute man is he who expects evil before it happens.”

Nonetheless, the West is more concerned with the nuclear threat posed by North Korea (and by extension Iran) than their neighbouring Asian and Arab countries.

Althayidi wrote: “What’s strange is that the West which is geographically far from the Korean island – and of course from Japan and South Korea – is the most worried and occupied with its nuclear and hydrogen bombs. The rest of the Asian countries and Arab countries do not care about Kim’s rounds. So is it courage or despair?” 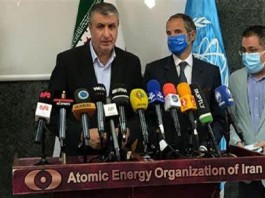 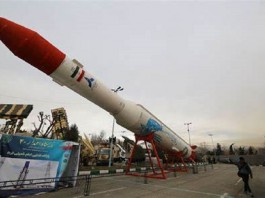 Can Iran’s Government Blackmail the West This Time on Its Nuclear... 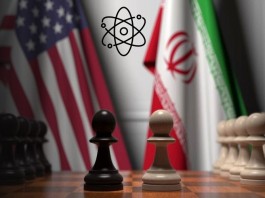