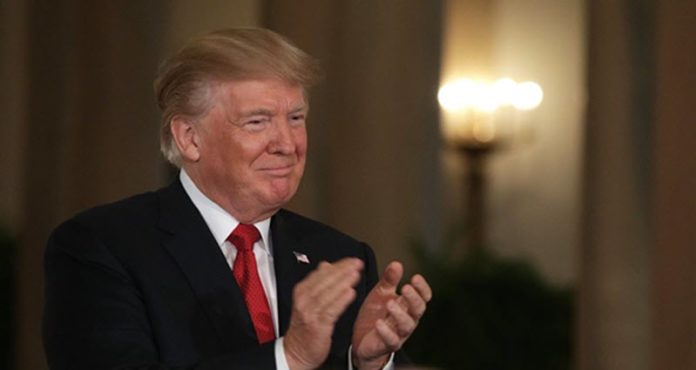 There is still a chance that Trump could remain in the deal, which was supposed to provided sanctions relief to the ailing nation in exchange for curbs on its nuclear programme, in order to maintain an alliance with French President Emmanuel Macron, according to one source. Macron met with Trump last month to persuade him to remain in the deal.

If this happens, Iran has threatened to restart its nuclear programme, but evidence suggests they never disbanded it in the first place. Iran has also threatened attacks on US personnel or allies in the Middle East.

One White House official, who spoke on condition of anonymity, said that Trump may well end up doing something in between a full pullout and remaining in the deal as is, but was unable to speculate what that might look like.

The official said: “[Trump is] most of the way there toward pulling out of the deal but he hasn’t made the decision [and he] seems poised to do it but until a decision is made by this president it is not final.”

Another official said that top aides are not attempting to talk Trump out of the decision.

On Monday, Israeli Prime Minister Benjamin Netanyahu gave a presentation documenting evidence of Iran’s past nuclear arms programme to encourage Trump to withdraw from the deal, which is signed by Iran and six major powers – Britain, China, France, Germany, Russia and the United States.

Back in January, Trump gave a May 12 deadline for Britain, France and Germany to fix the flaws in the nuclear deal, which included:
• a failure to address Iran’s ballistic missile programme
• the “sunset” clauses that allow nuclear restrictions to expire
• lax restrictions surrounding inspections of suspected nuclear sites

It is increasingly unlikely that these flaws will be fixed in time and US negotiators do not know what would secure Trump’s approval and cannot tell Europe what to focus on.

If Trump wanted to, he could refuse to renew the sanctions waivers, but also exploit the deal’s dispute resolution mechanism, by giving US Secretary of State Mike Pompeo more time to negotiate with the Europeans before the biggest sanctions take effect.