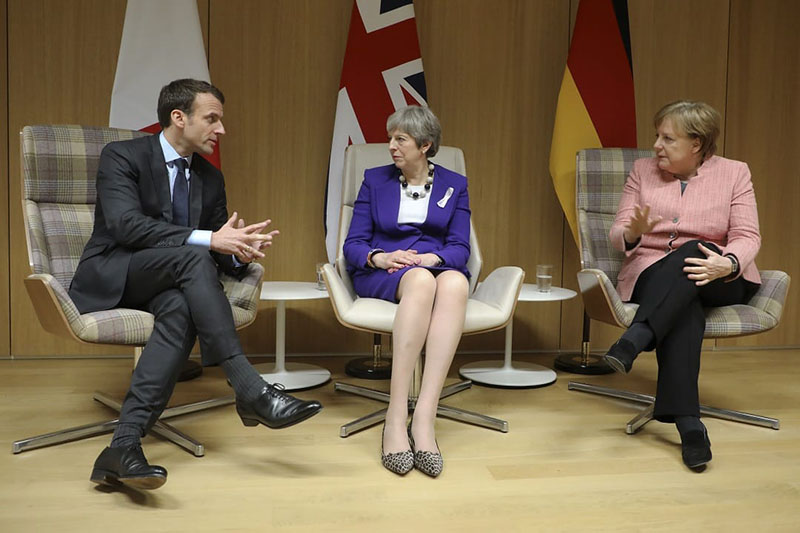 Iran informed the United Kingdom, France, Germany, China and Russia (the remaining parties of the deal) of its decision and Foreign Minister Javad Zarif said that the regime was acting within its rights. He left the rest up to the EU. In a message on Twitter, he said: “After a year of patience, Iran stops measures that US has made impossible to continue. Our action is within the terms of JCPOA. EU/E3+2 has a narrowing window to reverse this.”

Before announcing that the U.S. is pulling out of the nuclear deal, the EU signatories pleaded with Trump to remain within its framework. They admitted that the deal was not perfect but said that the world is a safer place with the deal intact. Trump, however, completely disagreed and withdrew, re-imposing tough economic sanctions and increasing pressure on the rogue regime.

The EU scrambled together to come up with a solution that would keep Iran happy and to protect trade with Iran, but it has failed.

In his speech on Wednesday, Rouhani warned the remaining signatories of the deal that they have 60 days to shield Iran’s banking and oil sectors from the U.S. sanctions. Failing this, he explained that the regime would keep enriched uranium stocks in Iran instead of selling them abroad.

Florence Parly, France’s defence minister, in response to Iran’s announcement said that the country was committed to keeping the deal alive but warned that it would not hesitate to sanction Iran if it did not honour its commitments.

Spokesman for Chancellor Angela Merkel, Steffen Seibert, also said that Germany expects Iran to be wholly compliant with the nuclear agreement and affirmed that the country will do its part.

Foreign policy chief, Federica Mogherini, however, has said that her office is “fully committed” to the 2015 nuclear deal and reiterated that she sees it as a key nuclear non-proliferation achievement and in the “security interest of all”.

Edgars Rinkevics, the foreign minister of Latvia, expressed his regret that Iran has decided to withdraw  from parts of the nuclear deal and said that the EU has a responsibility to discuss how to move forward.

Jeremy Hunt, the British foreign secretary, warned Iran that it would face consequences if it did not comply with the nuclear agreement

Iran is trying to push a wedge between the United States and the European Union so it is essential for the EU not to play into its hands. Iran is the number one threat to peace and security in the Middle East and this should be considered in all foreign policy discussions and decisions. Appeasing this dangerous regime would be the worst move the European Union could make. Showing solidarity with the U.S. would be the biggest blow to the belligerent regime.