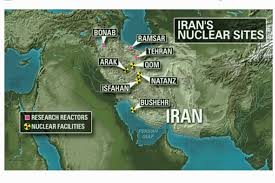 A senior member of the Iranian regime’s parliament says no one will be allowed to inspect military sites and demanded that exception must be made in implementation of the Additional Protocol to the Non-Proliferation Treaty (NPT) in a nuclear deal.

A number of officials of the Iranian regime have made similar comments after the remarks by International Atomic Energy Agency (IAEA) Director General Yukiya Amano on Tuesday saying that a nuclear agreement between Tehran and the P5+1 countries would give the agency’s experts the right to push for access to military sites in Iran.

An exception must be made for the inspection of military sites as part of the implementation of the Additional Protocol to the Non-Proliferation Treaty (NPT) in the event of a potential final deal between Iran and the P5+1 countries, Chairman of the National Security and Foreign Policy Committee Alaeddin Boroujerdi said on Sunday.

The United Nations nuclear watchdog has said it can push for access to military sites in Iran under the terms of a preliminary agreement reached with Tehran, the head of the body told the Associated Press in an interview last week.

The Iranian regime reached an agreement with six world powers on April 2 to allow U.N. inspectors to carry out more intrusive, short-notice inspections under an “additional protocol”.

“In many other countries from time to time we request access to military sites when we have the reason to, so why not Iran?” Yukiya Amano, the director general of the U.N. International Atomic Energy Agency (IAEA) was quoted as saying by AP.

“If we have a reason to request access, we will do so, and in principle Iran has to accept it,” he added.

The Iranian regime’s Supreme Leader Ali Khamenei, who has the final say for Iran on any deal, has ruled out any “extraordinary supervision measures” over nuclear activities and said military sites could not be inspected.