In early August, the first round of sanctions against Iran went into effect, following U.S. President Trump’s decision to pull out of the Iran nuclear deal. The reimposed sanctions have forced companies across Europe to reconsider their investments there.

AB Volvo was no longer being paid for any parts it shipped, said spokesman Fredrik Ivarsson, so it therefore decided not to operate in Iran.

He told Reuters in a phone interview, “With all these sanctions and everything that the United States put (in place) … the bank system doesn’t work in Iran. We can’t get paid … So for now we don’t have any business (in Iran).”

Volvo planned for Iran to become its main export hub for the Gulf region and North Africa markets before the sanctions were reimposed.

Although the European Union has implemented a law to shield its companies, Washington can stop transactions from the U.S. financial system, so banks are deterred from doing business with Iranian firms.

Saipa Diesel is part of Iran’s second-largest automaker SAIPA, which was assembling Volvo’s heavy-duty trucks from kits shipped to Iran. As of Monday, according to
Ivarsson, Volvo has no active orders in Iran.

A manager, who declined to be identified, told Reuters, “They have decided that due to the sanctions on Iran, from (May) they couldn’t cooperate with us. We had some renovation planned in Iran for a new plant but they refused to work with us.”

Scania, another Swedish truck maker owned by Volkswagen, said it also has canceled orders that couldn’t be delivered by mid-August due to sanctions.

As well, Germany’s Daimler is closely monitoring any further developments.

Iran’s automotive industry is the third most active industry of the country, after its oil and gas industry, accounting for 10% of Iran’s GDP and 4% of the workforce.

It’s economy is dominated by oil and gas production, with 10 percent of the world’s proven oil reserves and 15 percent of its gas reserves, Iran is considered an “energy superpower”.

Iran has fifth highest total estimated value of natural resources, valued at US$27.3 trillion in 2016.

The second wave of sanctions, due in November, will drastically affect Iran’s oil exports. 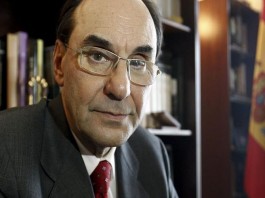