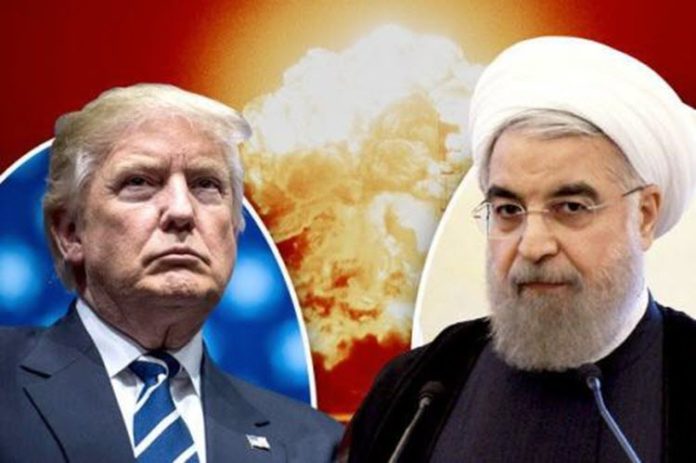 Trump had lashed out at Iran in remarks during his first address to the United Nations General Assembly, saying the trappings of democracy there masked a “corrupt dictatorship,” and continued, “Above all, Iran’s government must stop supporting terrorists, begin serving its own people and respect the sovereign rights of its neighbors.”

Bahram Ghassemi, a spokesman for Iran’s foreign ministry, said a press conference on Sunday that the report carried by Fars earlier in the day was correct. “Indeed a request was made by the American side but it was not accepted by President Rouhani,” Ghassemi said.

According to the Iranian Foreign Ministry spokesman, US President Donald Trump requested a bilateral meeting with Iranian President Hassan Rouhani in New York during this year’s United Nations General Assembly meeting in September, but his request was turned down.

Mehdi Fazaeli, a conservative analyst and former managing director at Fars News Agency, broke the story on October 29th. According to Fazaeli, the request came one day after Trump called the 2015 nuclear deal between Iran and the six world powers “one of the worst and most one-sided transactions the United States has ever entered into.” Fazaeli described Trump’s speech as “insulting” toward Iran and contextualized it as being in line with the US objective of selling arms to regional allies. Fazaeli wrote that French President Emmanuel Macron had offered to facilitate the meeting, but Rouhani had turned him down as well. Ghassemi however, did not confirm Macron’s reported involvement.

Fazaeli praised Rouhani for refusing to shake Trump’s “velvet-covered hands” and for acting within the “strategic framework” of the Islamic Republic.

On Monday, the White House denied the Iranian government’s claim that Trump had asked to meet with his counterpart from the Islamic republic, but was rebuffed. In fact, White House spokeswoman Sarah Huckabee Sanders told NBC News in a brief email early Monday that this statement was “false.”

Trump has declined to certify the Iran nuclear deal, which lifted sanctions in exchange for the country curbing its nuclear program, putting its future in the hands of Congress. The decision of whether to attach new conditions or reimpose sanctions with regard to the country’s nuclear program now lies with Congress.