According to the attached documents, Zia-ollah Azazi bought votes for 60000 tomans (equivalent of 17 dollars) each. Contracts have been uncovered that described these sales and were signed by Azazi or his representatives and a number of villagers, bearing dates prior to the election.

One such contract was agreed between Hossein Abgoon, representing Zia-ollah Azazi, and two of the heads of Nezamabad Village by the names of Sahebali Rashidi and Taqavi on January 10 2016. In it, the two commit themselves to bringing four busloads of people from this village to the city of Bonab to vote for Azazi in return for 12 milliontomans, or approximately 3,500 US dollars, with payment being made on the .

Another document shows a contract between Azazi’s representative and Reza Soudmand signing on behalf of Islamabad Village in Miandoab, dated January 28. The contract promised that Soudmand would take 120 people to Bonab County to vote for Azazi in return for 7.2 million Tomans, or just over 2,000 US dollars. The date of the payment is February 25.

According to Khabar Online, Reza Baqeri, who lost the election to Azazi, issued a statement the day after the elections protesting that votes had been bought. Baqeri urged government authorities to not be indifferent to such large-scale breach of Iranian election laws. 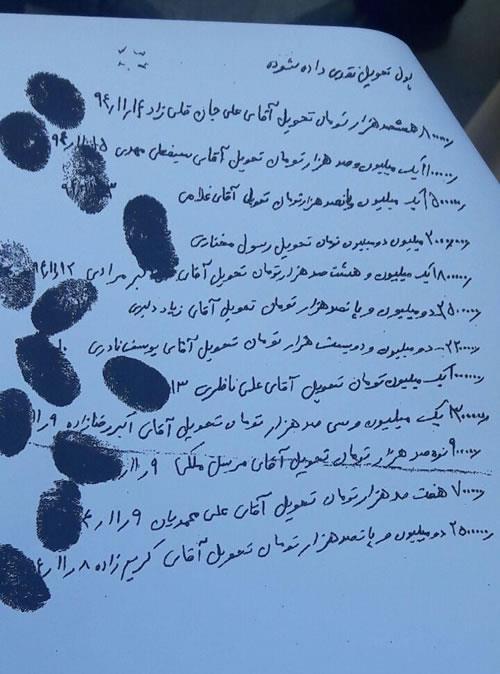 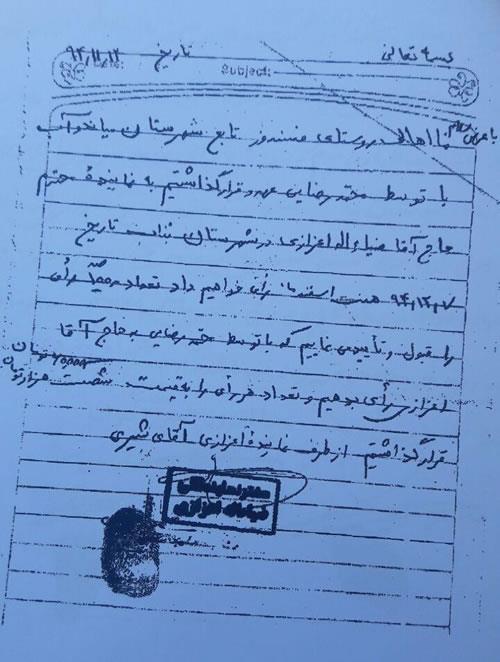 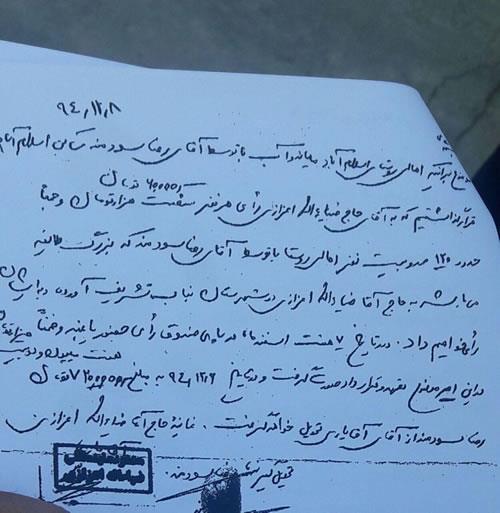 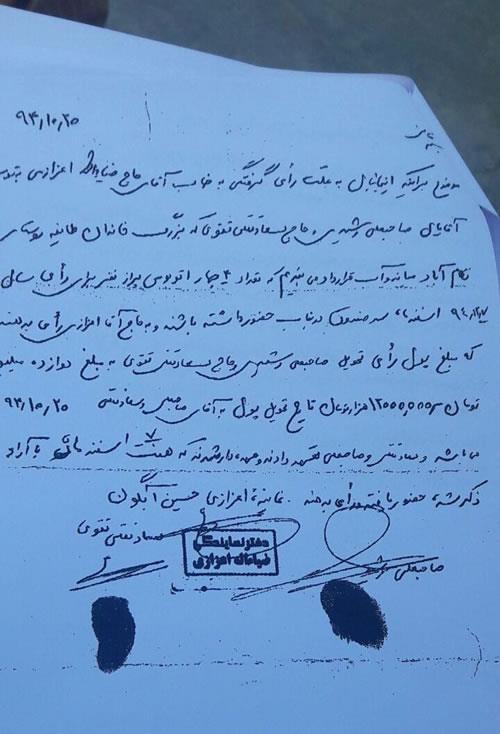 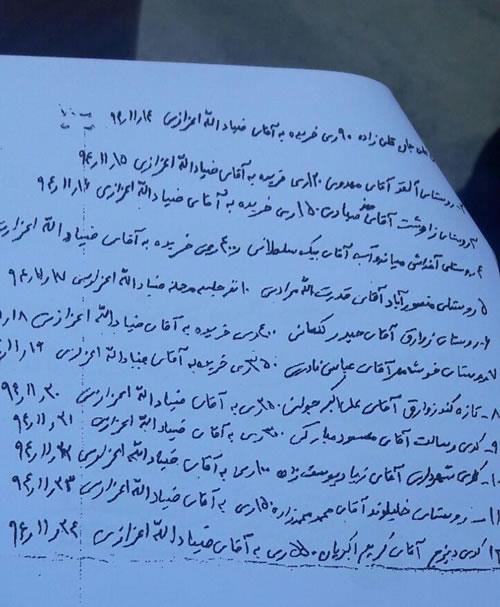