These tactics of evasion will no doubt be applied to Instagram once that ban takes effect. Nevertheless, the new government measures will certainly reduce the service’s user base in Iran, while also contributing to an ongoing trend of ever greater repressiveness in Iranian cyberspace and Iranian society in general. As the Telegraph noted on Wednesday, the ban on Instagram follows “crackdowns on other social media apps” that have been used for used for political organizing by opposition activists, as well as for the spread of anti-government messages.

The ban on Twitter took effect after the microblogging service played a major role in the 2009 Green Movement protests, which erupted in reaction to the disputed reelection of then-President Mahmoud Ahmadinejad. In just the past year, the popular and comparatively secure messaging app Telegram was subjected to a permanent ban after having previously been blocked on a limited basis, in regions affected by domestic unrest that began in December 2017. Instagram was also selectively obstructed, and the newly announced plans for its permanent ban may point to persistent anxiety among government officials about a protest movement that remained active throughout 2018. 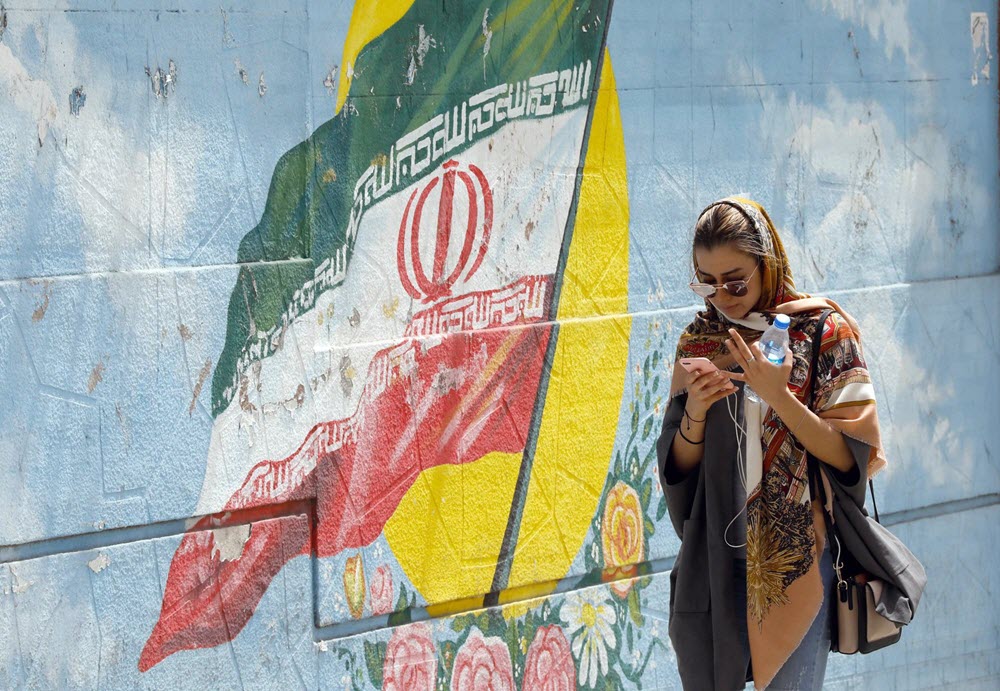 On Sunday, EA Worldview reported that the Iranian regime had organized public celebrations of its own repressive response to the Green Movement protests. Specifically, the regime highlighted the 10th anniversary of a counter-demonstration that was assembled by regime authorities and their hardline supporters to evoke support for the clerical establishment in the midst of its most serious challenge up to that point. In spite of this, it still took several months, thousands of arrests, and fatal clashes between protesters and security forces before the Green Movement was brought to heel. Shortly thereafter, its professed leaders, Mir Hossein Mousavi and Mehdi Karroubi were both placed under house arrest, where they remain to this day.

Protests stemming from the December 2017 uprising, which reportedly spanned 140 Iranian cities and towns, have arguably been even more resistant to suppression. Opposition groups like the National Council of Resistance of Iran have connected countless protests, in numerous localities, to the initial nationwide movement and its provocative, anti-government message. Indeed, these sorts of demonstrations continue to the present day and closely coincided with the regime’s efforts to copy its former counter-demonstrations.

As just a few examples of this phenomenon, the NCRI pointed to protests by retirees in the cities of Tehran and Mashhad on Wednesday, and to protests by farmers in Isfahan on the same day. As with the December 2017 uprising, the initial impetus for these demonstrations was apparently the worsening economic situation faced by participants. But in each case, the demonstration’s slogans have taken on a broader anti-government tone. The NCRI reports that protesters in Tehran were heard calling upon fellow retirees to “stand up against oppression” and accusing the government of “betraying” the people. Furthermore, in all of Wednesday’s protests, participants either acknowledged the likelihood of a repressive government response or else use the gathering to demand the release of political prisoners who were detained at earlier demonstrations.

Such arrests are indicative of the wide-ranging crackdown that authorities have been pursuing in the physical realm as well as in cyberspace. This trend has continued in recent days with the revelation of new arrests and new legal punishments for activists, independent journalists, and other perceived threats to the Islamic Republic’s hardline identity.

As one example, IranWire reported last week upon the six year sentence that had been handed down for Hamed Ayinevand – one year for “propaganda against the regime” and five years for “conspiracy against national security” – in connection with articles he had written that were critical of government officials. Meanwhile, another report from the same outlet called attention to the case of Mohammad Hossein Sodagar, a poet, satirist, and Telegram channel administrator who came into conflict with the judiciary after exposing factual information about false biographical details that had been disseminated by a city council member in his campaign for office.

According to the report, Sodagar was convicted in absence of a trial after the city counsellor refused to present himself as a plaintiff in two separate court sessions. Then, on December 24, Sodagar was arrested so that his sentence of 74 lashes could be carried out. Adding insult to injury, this was done in public.

While corporal punishments such as lashes and amputations are familiar features of the Iranian criminal justice system, other types of physical abuse tend to be carried out extra-judicially. This represents an area of particular concern for political prisoners and their supporters among Iran’s activist population. Apart from being beaten at the hands of prison authorities, detainees may also be deprived of medical treatment and thereby suffer long-term deterioration of their health conditions.

On Sunday, Iran Human Rights Monitor brought renewed attention to this problem as it relates to the case of Ali Nejati, a labor organizer and one of the most prominent individuals to be arrested for participation in recent protests. The report notes that Nejati was tortured during his initial interrogation, before being charged with “disrupting public order,” “collusion and assembly against national security,” and “cooperation in establishing a group intended to disrupt peace and security.”

Because of this and because of the harsh conditions in Shush Prison, Nejati’s pre-existing heart condition has reportedly grown worse, while several other illnesses have presented themselves. In a statement, the syndicate for workers who have been on strike at Haft Tapeh Sugarcane Mill declared that “keeping him behind bars might seriously endanger his life.”

Nejati is far from being the only prisoner who has been made the subject of such a statement in recent days. Yet regime authorities rarely respond to such public outcry, and the overall practice of medical deprivation persists as a form of extra-judicial punishment. In fact, the Human Rights Activists News Agency reported on Tuesday that that very practice had just claimed the life of Omar Rasoli, a 45-year-old inmate in Urmia Prison. HRANA noted that seven other prisoners had died under similar conditions in 2018, in that prison alone.

The issue of absent medical care was also raised by the Center for Human Rights in Iran on Wednesday, in a report that pointed to how harsh and unsanitary prison conditions can contribute to inmates’ health problems. CHRI focused on the Great Tehran Penitentiary, the country’s largest detention facility, and it noted that political prisoners in particular have been sickened by their food, which often contains rodent feces or other pollutants.

Crucially, the CHRI report indicates that with inadequate food and a lack of clean drinking water, along with obstacles to medical treatment, this and other Iranian detention facilities have failed to meet the United Nations’ Standard Minimum Rules for the Treatment of Prisoners. This in turn highlights the threats that social and political activists are facing as they participate in protests against the backdrop of the regime’s crackdown. But rather than noticeably slowing the pace of that participation, these sorts of human rights issues appear to have influenced the protesters’ messaging, with many of them focusing on demands for the release of existing political prisoners.