Home News Society Many Difficulties Face the Regime in Tehran

While it has been reported that the protests have subsided, they are increasing through other means. Basij security forces, Revolutionary Guard Corps, and intelligence services attempted to quell dissent. Internet services were blocked, and social media was banned. It is not difficult for the regime to suppress uprisings, as it did this time as well as eight years ago. Still, the regime is burdened by popular, international, and economic pressures.

The Guardianship of Islamic Jurist (Wilayat al-Faqih), suffers from some serious difficulties. During the 40 years that the regime has been in power, little has been done to meet the new generation’s needs. The regime also faces internal conflicts, including rifts between clerics that have surfaced and threatened its unity. The people of the country has shown themselves to be opposed to involvement in dangerous and costly regional wars.

The United States under President Trump has decided to monitor Tehran’s institutions with the intention of targeting them. The US has also begun to pressure the Iranian regime technologically, commercially, and politically.

All these factors are dangerous to the theological state, that wages regional wars and spreads terrorism. The recent demonstrations indicate that this is unacceptable to the people. The regime has become unpopular even in the rural areas that once supported it. This is important, as it is said that the people of Tehran, and the middle class (who revolted in 2009) do not decide the fate of Iran, but the regime’s support base is in the areas outside the capital.

The regime that was founded by Khomeini is deteriorating because regional and international powers are isolating it, and because internally, the people are now opposing and uniting against the regime.

The state of Wilayat al-Faqih is concerned with its image internally and externally, so over-expanding its military operations may be expected, as the regime seeks victories abroad to mend its internal strife.

Fixing the current economy requirers financial resources that the Iranian regime is not believe to have, and so spending even more money on its military activities abroad will only worsen the situation. 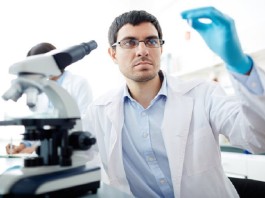