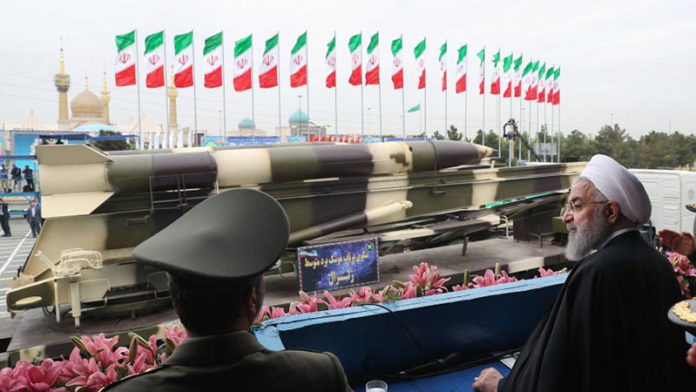 Tensions between Iran and the US have certainly risen since the US withdrawal from the Joint Comprehensive Plan of Action. They have risen even more dramatically in roughly the past month, as the Trump administration announced terrorist designation and accompanying sanctions for the Islamic Revolutionary Guard Corps, then declined to renew waivers on oil purchases by eight countries that had been exempted from the sanctions that came back into force after the US stopped enforcing the JCPOA. But the White House has consistently framed such actions as part of a strategy of “maximum pressure” aimed at compelling the Islamic Republic to return to the negotiating table and agree to a laundry list of changes that constitute behaving, in the words of Secretary of State Mike Pompeo, “like a normal country.”

The same explanation has been applied to the recent response to alleged threats from Iranian forces and Iran’s regional proxy groups. Earlier in May, White House National Security Advisor John Bolton announced that a US Navy aircraft carrier group would have its deployment to the Persian Gulf expedited in response to these threats. It was later revealed that the relevant US intelligence included reports of the IRGC ordering regional allies to prepare for conflict, as well as satellite imagery showing missiles on the decks of Iranian naval vessels, possibly intended for those same proxies or possibly for use in the waters of the Persian Gulf, against American and Arab targets.

The threat of Iranian aggression was reinforced last week, and again this week, with reports of strikes against commercial and military assets belonging to US allies in the region. On Tuesday, the Iran-backed Houthi rebels in Yemen took credit for the latest drone attack against Saudi Arabia. That incident reportedly involved an airport that has a Saudi military base inside of it, according to the Associated Press. An earlier Houthi strike apparently utilized technology with its origin in Iran to damage a Saudi pipeline and temporarily halt the flow of oil.

The likely presence of Iranian technology was also cited in reporting about a May 12 attack upon four tanker ships near the coast of the United Arab Emirates. Two of these vessels belonging to the UAE itself, while one belonged to Saudi Arabia and another to Norway. All four were damaged by explosions, although no casualties were reported. Some parties were quick to hold Tehran responsible, and these accusations were reportedly upheld by a formal inquiry that completed on Monday.

The results of that probe were apparently among the crucial pieces of information shared with American lawmakers on Tuesday, in what the AP described as “unusual” and “competing” dual hearings held virtually simultaneously by the two chambers of Congress. Whereas the Republican-led Senate hearing gave voice to the Trump administration’s legislative allies, the hearing by the Democrat-majority House of Representatives conveyed a greater degree of skepticism regarding the administration’s strategy and the intelligence purporting to show an increase in Iranian threats.

But participants on both sides of the hearing affirmed that those threats were real, echoing a sentiment that was expressed earlier in the day by acting Secretary of Defense Patrick Shanahan. He nonetheless took the opportunity to downplay warnings about the potential for war, which he described as having actually decreased in likelihood since the initial reports of Iranian provocations. The USA Today published a video clip of Shanahan saying the threat remains high, but there have been no new displays of aggression by the Iranians in recent days.

He went on to reassure reporters that the American strategy in the region is focused on deterrence and on “preventing miscalculation” by the Islamic Republic. He also expressed confidence that the information being furnished to Congress on Tuesday would underscore the appropriateness and arguably the necessity of the Trump administration’s assertive moves, including the accelerated deployment of the USS Abraham Lincoln aircraft carrier and a bomber task force.

Additionally, the AP quoted Shanahan as saying that these efforts have already proven effective, with the absence of new Iranian threats being a direct result of the firm American rejection of preexisting provocations. The president’s allies in the Senate hearing accordingly urged the further extension of such a firm strategy in the face of threats that they agree are very real.

At the same time, the president’s own statements in recent days have sought to underscore the fact that assertiveness is not the sole defining feature of his Iran strategy. As the AP explained, “Trump’s remarks reflect what has been a strategy of alternating tough talk with more conciliatory statements, which he says is aimed at keeping Iran guessing at the administration’s intentions.”

Still, the periods of “tough talk” have been very tough indeed, with Trump tweeting over the weekend that the result of any attack launched by the Islamic Republic would ultimately be “the official end of Iran.” Then, on Monday evening, he insisted that it would be a “very big mistake” for Iran to take any military action in response to the existing tensions, and that if they did so it would be “met with great force.” But Trump immediately reiterated that in the wake of the latest deterrents, “we have no indication that they will” do anything to raise the prospects for war.

Among those deterrents were naval exercises in the Arabian Sea involving two large US warships. Fox News explained that the weekend maneuvers represented a rare sort of training exercise and a clear response to credible threats stemming from the Islamic Republic. Rear Admiral John Wade, the commander of Carrier Strike Group 12, did not identify Iran by name but was quoted in the report as saying the exercises were “aimed towards increasing our lethality and agility to respond to threats, and deterring destabilizing actions in this important region.”

Fox News also noted that the Pentagon has gone to great lengths to reinforce the message of deterrence. Meanwhile, the president’s strategy of alternating public statements makes it clear that he is prepared to engage in direct talks with his Iranian counterparts upon their request. A video report by the Wall Street Journal explained that if such talks took place they would likely follow the pattern of direct negotiations that Trump has conducted with North Korean leader Kim Jong Un. The report also suggested that Iranian President Hassan Rouhani or Supreme Leader Ali Khamenei might see such person-to-person conversations as the best means of avoiding a crisis, given that some of Trump’s foreign policy advisors are regarded as being even more hawkish on Iran than he is.

According to the Wall Street Journal, the prospect for negotiations is not as implausible as it might seem during this period of escalating tensions. What’s more, the report affirms that Trump’s alternating strategy entails using those tensions as an opportunity to urge conversation. So far, though, both Rouhani and Khamenei have rejected the idea of holding talks with the US, even though the two Iranian figures ostensibly represent opposing political factions.

Rouhani reiterated that rejection on Tuesday, specifically responding to Trump’s prediction that the Iranians would eventually call Washington to ask for negotiations. “Today’s situation is not suitable for talks and our choice is resistance only,” Rouhani said via Iranian state media. In recent months, his administration’s public position has been that talks will only be considered if the US removes pressure on the Iranian regime and apologizes for the actions taken since the US withdrew from the JCPOA.

Statements to this effect have presumably been intended in part as a warning to the European signatories to the nuclear deal, against following the US toward a strategy of maximum pressure or failing to provide Iran with adequate financial incentives for adhering to the provisions of the agreement. But if so, there are growing signs that Tehran’s strategy may be backfiring. Speaking from Paris on Tuesday, French Finance Minister Bruno Le Maire accused Iran of dispensing “ultimatums,” and he declared that European governments would not succumb to such intimidation.

Furthermore, Le Maire warned that by threatening to ramp up uranium production and pull out of the JCPOA, Tehran was only hurting its own chances of receiving assistance in resisting American pressure. This situation is no doubt made worse for Iran by the ongoing release of details regarding the provocative Iranian actions that have led to the latest rounds of American deterrence. According to Reuters, European policymakers are already broadly in agreement with their counterparts in the US regarding the likelihood of Iran having encouraged its regional proxies to launch attacks in Saudi Arabia and near the UAE.

Another Real but Overstated Danger

Although the presence of missiles on Iranian naval vessels demonstrates a potential direct threat from the Islamic Republic, it is generally understood that the more immediate threat comes from militant groups operating with Iran’s backing and encouragement. Aggression by proxy provides the Iranian regime with a measure of plausible deniability while also allowing it to reach much more distant targets without moving military personnel and equipment openly across the region.

Alongside the aforementioned tanker explosions and attacks on Saudi infrastructure, the danger posed by such proxies was underscored on Sunday night when a rocket was fired into Baghdad’s fortified Green Zone, apparently by a Shiite militant group with ties to Iran. The weapon landed near the US embassy, but reportedly caused no casualties. Days earlier, the embassy and a US consulate in Erbil were evacuated of non-essential personnel on the understanding that just such an incident might take place.

Reuters noted that Secretary of State Pompeo had travelled to Baghdad earlier in May for the express purpose of emphasizing to Iraqi leaders the importance of keeping the country’s many civilian militias in check. The attempted rocket attack seems to suggest that the Iraqi government has had, at best, limited success in so doing. But the same Reuters report also indicates that some of the militias are making their own efforts to urge restraint, apparently out of concern for the same American deterrent measures that have been deployed against Iran.

Soon after the rocket breached the Green Zone, the militia leader Hadi al-Ameri issued a statement telling his supporters not to add fuel to a fire that could “burn everyone.” Ameri is also part of an electoral bloc that holds the second largest number of seats in the Iraqi parliament, a testament to the extent to which militant groups have become integrated into the country’s political infrastructure. But as this trend has developed, so have challenges to such groups’ supposed loyalty to their foreign supporters in Tehran.

An article in the Washington Post highlighted this issue on Tuesday, insisting that “Iran’s network of fighters in the Middle East aren’t always loyal” and have sometimes proven “more than willing to ignore what Iran tells them to do.” Ameri’s efforts at de-escalation may be representative of this trend. And while the Post article still acknowledges that Iran’s militant proxies are the crux of the threat that Tehran currently poses to the world, its central message is that this threat, like the threat of direct conflict between Iran and the US, may be overstated.

While the current tensions are naturally alarming, there is reason to take the White House seriously when it professes to believe in a strategy of deterrence and maximum pressure for the sake of forcing negotiations. 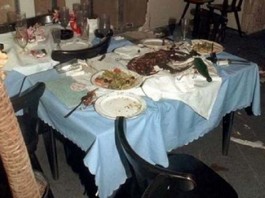 Mykonos Assassination in 1992: Another Instance of Iranian Terrorism 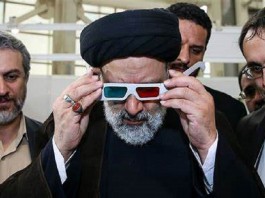 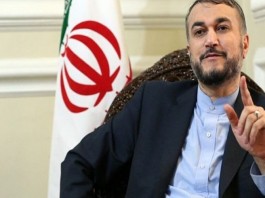