Home News Terrorism Will there be a war or not between Iran and the United... 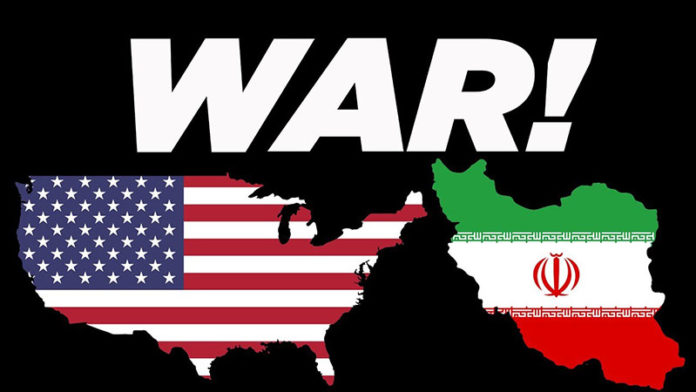 The Iranian regime, as bold and as full of pretence as ever, is reporting that the United States does not have enough forces to be able to attack Iran, claiming that the Trump administration was simply engaging in psychological warfare.

The Trump administration, on the other hand, has stated that the Iranian regime would be crushed if it entered into war with the United States. And there is no denying that there could be any other outcome. Iran is not prepared for such conflict, especially with the United States that would no doubt be supported by regional allies, including Iran’s arch-rival Saudi Arabia. Iran would have very little regional support giving the precarious situation of its allies in Lebanon and Iraq.

Furthermore, Iran relies so heavily on its militias and proxy groups across the region that it would be very unwise to put them at risk. Iran’s partners across the region spread instability and chaos in a strategy that will prolong the regime’s survival.

The Trump administration has adopted a completely different policy towards Iran than that of his predecessor Barack Obama. The Obama administration put an emphasis on diplomacy rather than firmness, but this just gave the Iranian regime the confidence to carry out its malign activities. During the so-called “golden years”, the regime knew that it would not be held accountable. The tide has turned and the current administration is keeping a very close eye on Iran.

Iran has always been bold when it comes to the United States. While Obama was giving Iran concessions during the nuclear negotiations, turning a blind eye to despicable behaviour by the regime and ignoring his own red lines because he didn’t want to jeopardise the nuclear agreement, the Iranian regime did not even have the decency to cease with the anti-America rhetoric.

The United States is treating the Iranian regime and its terrorist proxy groups and militias as one and the same. And so it should.

The Iranian regime is trying to persuade the people of Iran that it is not pursuing war with the United States. It is very aware that domestic unrest is at a very high level and war would push the people even further.

Although war would almost certainly cause the regime to collapse, the biggest threat to the regime’s existence is the people. They will not stop until they finally have freedom, democracy and human rights and they know that their only way of achieving this is through regime change. Domestic pressure, reinforced by pressure from abroad, will result in regime collapse. Military intervention is not needed.