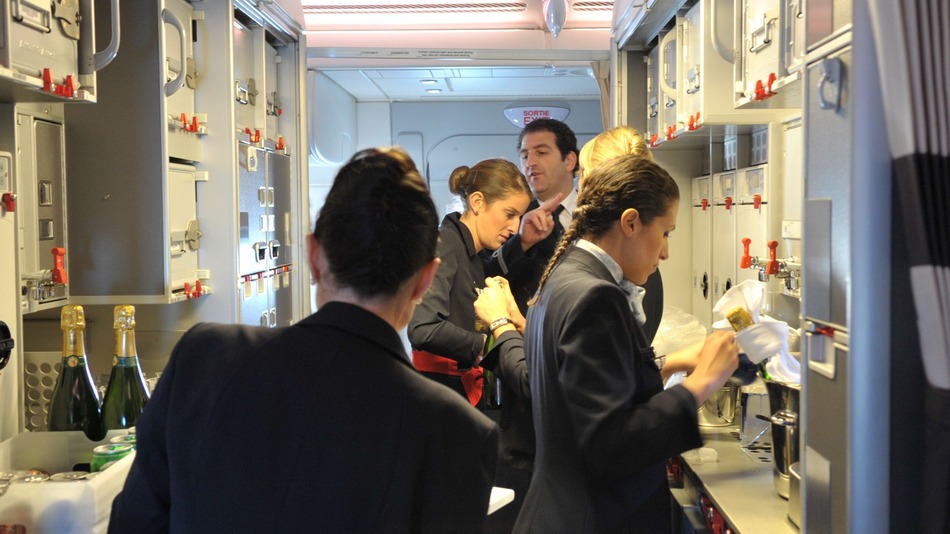 “Every day we have calls from worried female cabin crew who tell us that they do not want to wear the headscarf,” said Mr Christophe Pillet of the SNPNC union, which is asking Air France management to make it a voluntary measure.

Company chiefs had sent staff a memo informing that female staff would be required “to wear trousers during the flight with a loose fitting jacket and a scarf covering their hair on leaving he plane”, Mr Pillet said.

According to Mr Pillet, management has raised he possibility of “penalties” against anyone not observing the dress code.

Air France told AFP that all air crew were “obliged like other foreign visitors to respect the laws of the countries to which they travelled”.

“Iranian law requires that a veil covering the hair be worn in public places by all women on its territory.

“This obligation, which does not apply during the flight, is respected by all international airlines which fly to Iran,” the airline said.

Air France added that the headscarf rule when flying to certain destinations was “not new” since it had applied before flights to Teheran were stopped and also to crew flying to Saudi Arabia.

Air France announced in December the resumption of Paris-Teheran flights after they were suspended in 2008 when Iran was hit with international sanctions over its nuclear ambitions.