The Washington Post reported upon Khamenei’s tweet storm and said that in addition to flouting International Women’s Day it came at “a particularly sensitive time domestically.” Since late December, more than 30 women have been arrested for public protests against forced veiling. The activist campaign has come to be known as “Girls of Revolution Street,” in reference to the name of the street where the first woman stood atop a public utility box to remove her white veil and hold it at the end of a stick like a banner.

On Thursday, Newser suggested that it was this woman, Vida Movahed, who was the subject of an announcement by the Iranian judiciary regarding the sentencing of one woman who had removed her hijab as an act of protest. Although the statement did not identify the woman by name, it did describe her sentence in full. She is reportedly slated to serve three months of a two year sentence. The rest of the sentence will be suspended, but it cannot be taken for granted that she will be released after the apportioned three months, since political prisoners in the Islamic Republic are frequently denied release or ordered to return to prison without explanation, in order to resume suspended sentences.

The possibility of this woman serving a longer period in prison was made more apparent by the separate statements issues by hardline officials such as Abbas Jafari Dolatabadi, the chief prosecutor for the city of Tehran. Dolatabadi accused the defendant of publicly “encouraging moral corruption,” a crime that can result in upwards of 10 years’ imprisonment. According to Agence France Presse, the prosecutor also criticized the supposedly light sentence in this case and said that upon appeal he would push for her to serve the full two years.

Newser added that Dolatabadi’s statement also implied that the woman in question was mentally ill, specifically stating that she was “in need of long-term medical treatment and had to be seen by a psychiatrist.”

In recent weeks, regime authorities have levied accusations of mental illness and drug addiction against a number of political activists, in some cases using these caricatures to attribute suspicious deaths to suicide. The National Council of Resistance of Iran has determined that at least 14 people have been tortured to death since the outbreak of mass demonstrations in late December, which lasted into mid-January before being largely suppressed by security forces. At least three of these have been officially classified as suicides, but authorities either delayed or prevented independent autopsies and threatened the families not to speak publicly about the situation.

As well as helping in the concealment of prisoner abuse, the narratives of drug abuse and mental illness also represent an effort to discredit political and social activists. In the cases of the Revolution Street protests and the January uprising, the regime has also constructed a narrative of foreign influence toward this same end. This strategy was on display in Khamenei’s tweets and separate public commentary on International Women’s Day.

Khamenei had previously described the popular uprising as the result of a “triangle of enemies” consisting of the United States, Saudi Arabia, and the People’s Mojahedin Organization of Iran. And on Thursday, Buzzfeed quoted him as similarly accusing the US and its allies of attempting to influence public perceptions of the hijab through “extensive propaganda and huge investment.” In a speech, the supreme leader said of the West, “They invested a lot, planned, and launched several campaigns to deceive a few girls and encourage them to remove their headscarves here and there; all their attempts have ended in this negligible and small result.”

But despite Khamenei’s disregard for the Revolution Street protests, there is considerable evidence that the movement’s momentum is growing throughout Iranian society. Even the government’s own polling data indicates that approximately half of the population believes that wearing the hijab should be a voluntary choice, and these estimates are naturally considered to be very conservative.

That conclusion is reinforced by the public response to the Revolution Street protests. In one recent case, a woman was violently pushed from a utility box by officers, after which the assembled crowd attempted to surround her and shield her from arrest. The makeup of that crowd shows that a progressive view of this issue is not unique to women or the youth. Furthermore, the campaign of demonstrations has included participation from men and even some religiously conservative women, who remained veiled but held banners over their heads in order to highlight that this was a matter of personal choice.

The apparent growth in support for women’s rights demonstrations also goes a long way toward explaining the recent intensification in the regime’s efforts to segregate men and women in public and to otherwise enforce gender-based restrictions. As an example of this, AFP reported upon the outrage among hardliners regarding a celebration of Iranian Women’s Day, which marks the birthday of the Prophet Muhammad’s granddaughter and coincided with International Women’s Day this year.

Video of the event in question showed “a group of girls dressed in tight jeans and a type of tutu performing a choreographed dance set to music played by a traditional orchestra and a choir composed mostly of women.” Public dancing and female singers are banned in the Islamic Republic, but event organizers were reportedly surprised by the criticism of an event that featured girls under the age of nine.

In previous years, strict gender segregation had not been applied to young children, but this has begun to change. At the same time, national authorities and local authorities in some areas have also undertaken efforts to remove women from certain types of employment, to ban them from riding bicycles, and to limit access to birth control as part of an effort to encourage them to have large families at an early age. 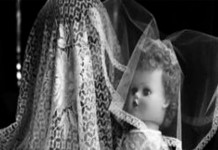