These transformation reflects the patters by which the December-to-January uprising began as well, except in that case the initial protests in the city of Mashhad were motivated by public frustration over a longstanding economic crisis. The subsequent protests, reportedly spanning 142 cities and towns, gave rise to provocative anti-government slogans like “death to the dictator.” Many of the same slogans have been heard in the context of the scattered protests that have broken out in the intervening months, and many of these have similarly begun with specific issues before becoming an outlet for public frustration over the clerical regime’s contribution to a wide range of problems.

This appears to be the case with the protests that began on the last day of July and have apparently continued ever since, while growing to encompass a longer list of localities. The Human Rights Activists News Network reported upon this “new wave of protests” on Monday and indicated that the first demonstrations in the city of Isfahan had a familiar economic focus as merchants and shopkeepers went on strike to call attention to problems of unemployment and inflation. HRANA went on to say that ordinary citizens quickly joined the movement, and that security forces arrived just as quickly for a violent effort to disperse the demonstrators. 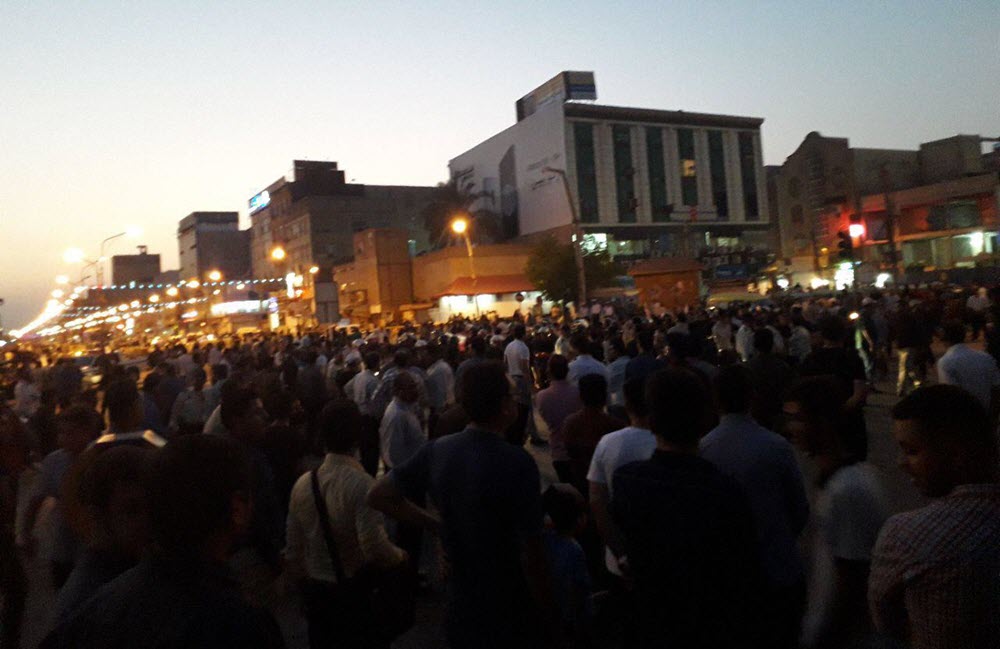 The violence reportedly followed the protests’ spread to other cities including Shiraz and Karaj. Security forces may have also preemptively taken up positions in cities where protests had not broken out, as HRANA said those forces had “created an ambience of intimidation in many… Iranian cities.” Yet this and other reports indicated that participants in the protest movement have pushed back against attempts at repression, chanting “do not be afraid; we are all together,” and burning tires to dispel tear gas. In a number of real-time reports on the progress of the movement, the National Council of Resistance of Iran indicated that civilian resistance had actually prompted security forces to withdraw in some cases.

By Saturday, the fifth of the Isfahan protests, the movement had spread to the capital city of Tehran, according to EA WorldView. But HRANA claimed that Tehran had already become involved, alongside at least a dozen other cities, on Thursday. In either case, multiple outlets seem to agree that the latest upsurge in demonstrations constitutes a new phase of the nationwide movement. EA WorldView identifies it as a follow-up not only to the January uprising but also to another nationwide surge in June. It also points out that late July also marked the resumption of a nationwide strike in the trucking industry, which had previously flared up in May and led to major clashes between drivers and the Iranian Revolutionary Guard Corps.

To the extent that such demonstrations are focused on economic issues, they have no doubt been fueled by the recent acceleration in the devaluation of the national currency, which saw the rial trading at more than 120,000 to the dollar just before the Isfahan protests broke out. But as IranWire indicated on Thursday, this has also given regime officials license to falsely claim that the protesters’ message is limited in scope. At the same time, some of those officials have been similarly downplaying their own response to the unrest, with one Justice Department deputy emphasizing that no one was arrested on the day that protests were reported in Mashhad. 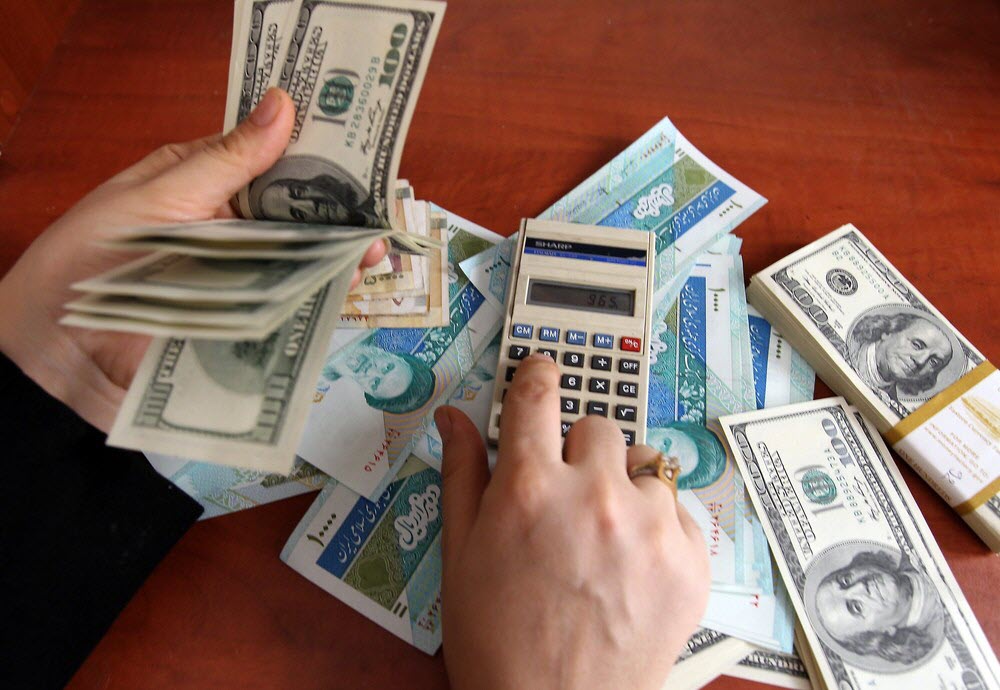 Yet all suggestions of restraint are belied by reports of mass arrests and injuries of non-violent demonstrators. What’s more, Iran Human Rights Monitor reported that at least one protester, Reza Otadi, was killed on Friday after IRGC gunmen opened fire from the rooftops above a protest in Gohardasht. The use of live ammunition by security forces was also reported in Isfahan and in Qahdarijan, raising concerns that additional fatalities will be confirmed in the days ahead. The January uprising elicited conflicting reports about the number of deaths, but the National Council of Resistance of Iran determined that about 50 protesters were shot dead and a further 14 tortured to death while in detention.

Also in the earlier uprising, judiciary officials threatened the “leaders” of the protests with death penalties. And many of the estimated 8,000 people who were arrested during that uprising have yet to be sentenced. Presumably, the threat of capital punishment has now been expanded to include the leaders of the Isfahan protest whom security forces claim to have arrested. This speaks to the broader danger of Tehran’s crackdown on dissent, outside of the context of security forces’ direct assaults upon ongoing protests.

This danger is underscored at any given time by the virtually constant reports regarding the arrest, sentencing, and arbitrary, extrajudicial punishment of political prisoners in the Islamic Republic. The Center for Human Rights in Iran has called attention to several such cases in the days since the outbreak of the latest round of protests, some of which are indicative of a particular effort to obstruct the work of Iranian human rights defenders.

In the first place, CHRI notes that the renowned human rights lawyer Nasrin Sotoudeh was delayed by ten days in her release from one months’ detention for “propaganda” and “assembly and collusion against national security,” only to then have her period of detention arbitrarily extended for another month. Somewhat similarly, Sotoudeh’s colleague at the government-shuttered Defenders of Human Rights Center, Abdolfattah Soltani, has been repeatedly denied the opportunity for release from prison since 2014, despite being eligible and the subject of extensive campaigns appealing to the supposed moderate credentials of President Hassan Rouhani. 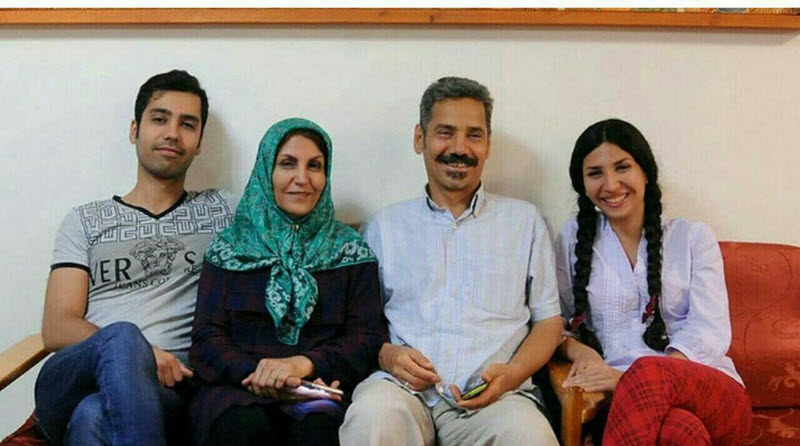 Rouhani’s inattention to this and other human rights issues underscores the fact that his presidency has defied optimistic expectations by overseeing a domestic situation that has actually gotten worse in a number of ways. Furthermore, the latest reports suggest that this trend of repression is still escalating, as evidenced by the new charges being brought against lawyers like Mostafa Tork Hamadani, who prominently criticized the Iranian judiciary for barring him and qualified individuals from representing environmental activists and other targets of recent and ongoing political imprisonment. 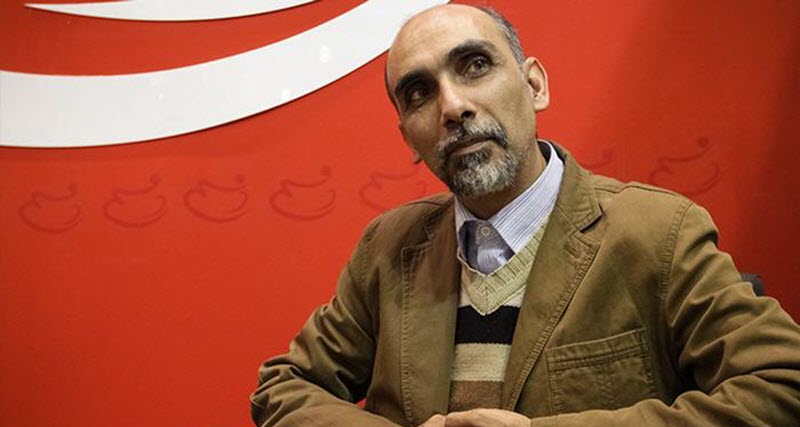 Meanwhile, as lawyers work to spare arrestees from political imprisonment, other activists work to expose the conditions they will face there, and they are often made subject to additional abuse as a result. As one example, Iran Human Rights reported on Monday that Mohammad Mozaffari had been subjected to punishment of 74 lashes on the charge of “spreading propaganda” and “insulting the leadership and the clergy” because he had made public disclosures after serving a previous six month sentence in Iran’s notorious Evin Prison.

The report declares that “flogging is a very common punishment in Iran” and quotes one Friday prayer leader as supporting this claim while saying on behalf of the regime, “We can’t announce every action we take every day.” The July report of Iran Human Rights Monitor was only able to confirm the execution of two flogging sentences during that month, but it also pointed out that 62 such sentences were handed down for a range of crimes during that same period.